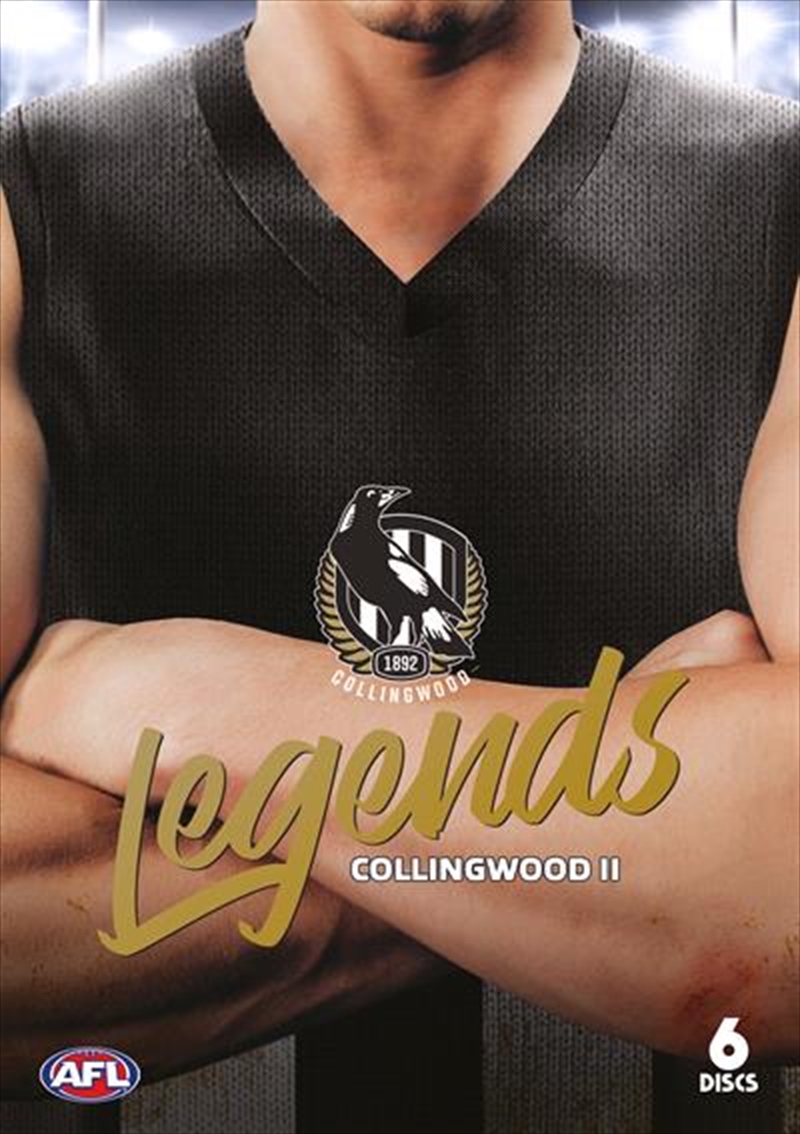 Step back into the annuls of Australian Rules Football history to experience some of the greatest performances from many of greatest players to ever pull on the Collingwood Football Club guernsey. Sit back and enjoy these classic matches from the AFL match archives presented in their original broadcast format, this collection is a must-have for any true Pies fan.
1994 ROUND 2 V CARLTON Facing Carlton at the MCG, Mick McGuane's 23 disposals and three goals, including the Goal of the Year - a seven-bounce run and finish from 30-metres - secure the Magpie best afield honours.
1995 ROUND 20 VS HAWTHORN Pies wingman Graham Wright is instrumental in the Pies victory over the Hawks, picking up three Brownlow votes in a narrow victory.
2002 ROUND 18 VS CARLTON Making his 200th AFL appearance, the Pies captain Nathan Buckley dominates the Blues, helping Carlton to receive their first wooden spoon, as Collingwood march on to Finals footy.
2002 QUALIFYING FINAL VS PORT ADELAIDE Facing the Minor Premiers, Paul Licurias masterclass performance and career-high 40 disposals are crucial in achieving one of the biggest upsets in Collingwood's finals history.
2003 ROUND 18 VS GEELONG Anthony Rocca kicks five goals as the Magpies come back from a three-goal half-time deficit to clinch victory in a match also remembered for Chris Tarrant's Mark of the Year; a towering chest mark over two defenders.
2009 ROUND 15 VS WESTERN BULLDOGS Alan Didaks 33 disposals win the midfielder best afield honours as the Pies secure the narrowest of victories following a nail-biting final quarter.
DETAILS