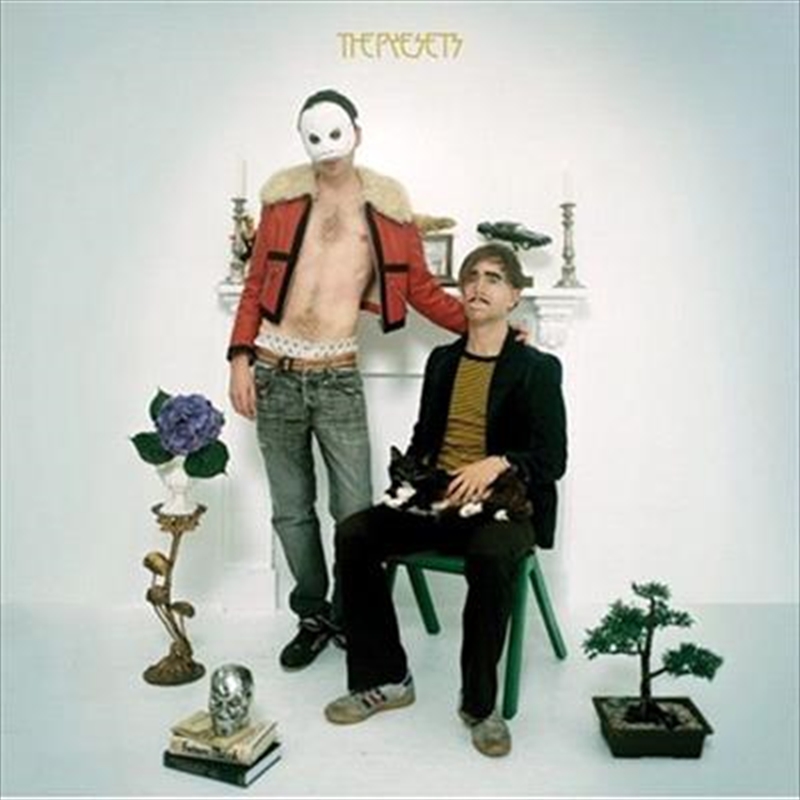 If you could imagine a yearbook for 2005's School of Rock, The Presets would stand out like a jet black ink blot on the page: defying categorization in their recorded work, exceeding expectations above and beyond in sweat-drenched live shows that leave the competition for dead, releasing videos and artwork as beautiful as they are twisted.

They would be crowned the official class odd bods. And they like it that way. Julian Hamilton and Kim Moyes share a skewed, singular vision that reassembles pop music into a streamlined, sexy, scary creature, lurking in a corner entirely of its own.

Welcome to the world of Beams, debut long-player from The Presets. It's where the wild things are. Re-issued on limited edition ‘milky white’ vinyl

7. Kitty In The Middle

11. Bad Up Your Betterness