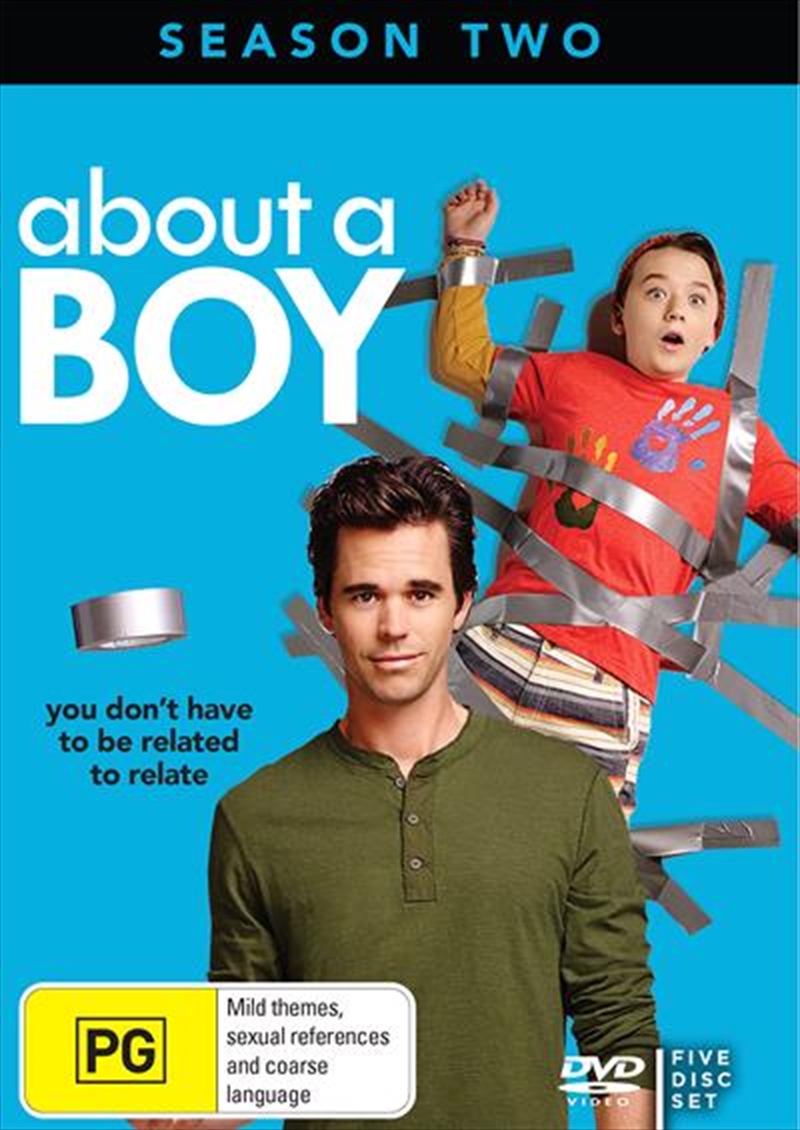 Based on the best-selling Nick Hornby (High Fidelity, An Education) novel comes the series About a Boy, a different kind of coming-of-age story produced and created for television by Jason Katims (Friday Night Lights, Parenthood). By the end of Season 1, Will has fallen in love with Sam, a beautiful doctor. But when that love takes him to New York and away from Fiona and Marcus, Will realizes just how much they mean to him. Will he stay in New York for love, or return to his home and to Marcus, whom he has grown to love as well? The series also stars Al Madrigal (Gary Unmarried, The Daily Show with Jon Stewart) as Will's best friend Andy, a thoroughly whipped stay-at-home dad, and Annie Mumolo (Bridesmaids, This Is 40) as his wife Laurie.