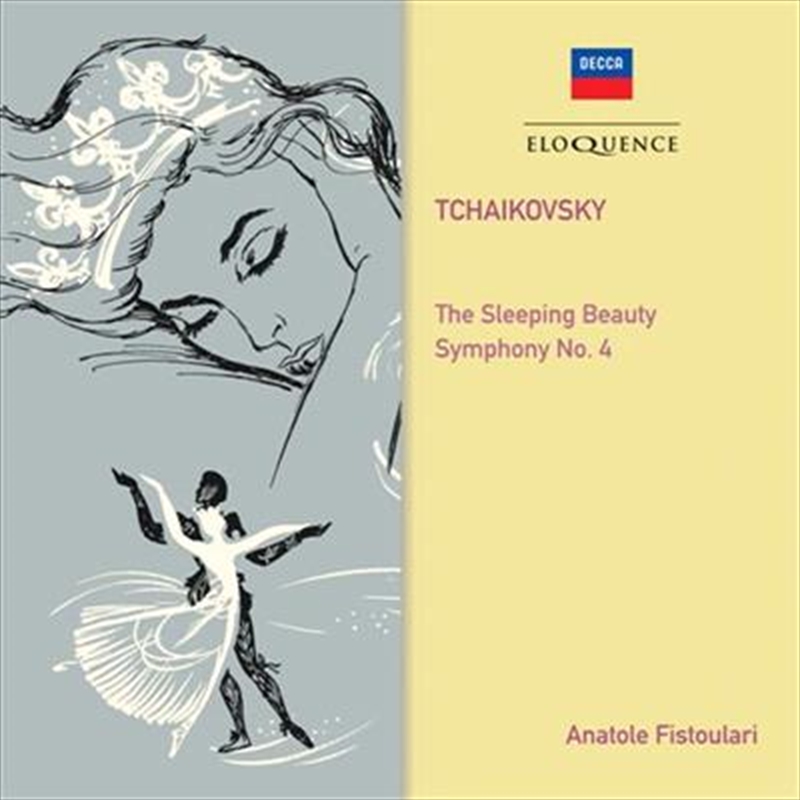 The Tchaikovsky ballet score recordings by the Ukrainian-born conductor Anatole Fistoulari are prized 'as being among the finest ever made' (Gramophone).

As a companion issue to the abridged 'Swan Lake' and extended excerpts from 'The Nutcracker' on Eloquence (4825225), this newly remastered set offers another pair of complete Decca albums, both appearing for the first time on Decca CD: the abridged (mono) 'Sleeping Beauty' made in Paris in 1952 and the Fourth Symphony from 1971, recorded in Phase 4 stereo.

It is the sense of being present at a live performance that critics have always prized in Fistoulari's ballet recordings. As an experienced conductor in the pit, who (perhaps apocryphally) led his first opera performance at the age of 12, he had the still-rare knack of transferring the vital sense of dramatic narrative to the studio. Sleeping Beauty, the longest of Tchaikovsky's ballets, was reduced in this version to roughly the length of The Nutcracker – an hour and three-quarters – which, when LPs required side turns every 25 minutes, was deemed quite sufficient by most critics and listeners, who were still accustomed to attending similarly cut versions of the ballet live.

Although Decca capitalised on Fistoulari's talents as a concerto accompanist and ballet director, the records of him as a symphonic conductor are all too rare, which makes this dynamic, spacious and detailed account of the Fourth Symphony all the more treasurable. The tension and complex form of the first movement – Tchaikovsky's single most innovative symphonic movement – is superbly handled, and he secures quiet string playing worthy of any ballet conductor in the pizzicato Scherzo. It makes a notable addition to the symphony's discography on CD and a worthy tribute to the art of an unjustly neglected maestro.

"The features that distinguish the excellent recording of [Fistoulari's] Swan Lake are all present here. The orchestral playing is perhaps a trifle more stylish and suave in tone" (High Fidelity, October 1954)

Act I: The Spell