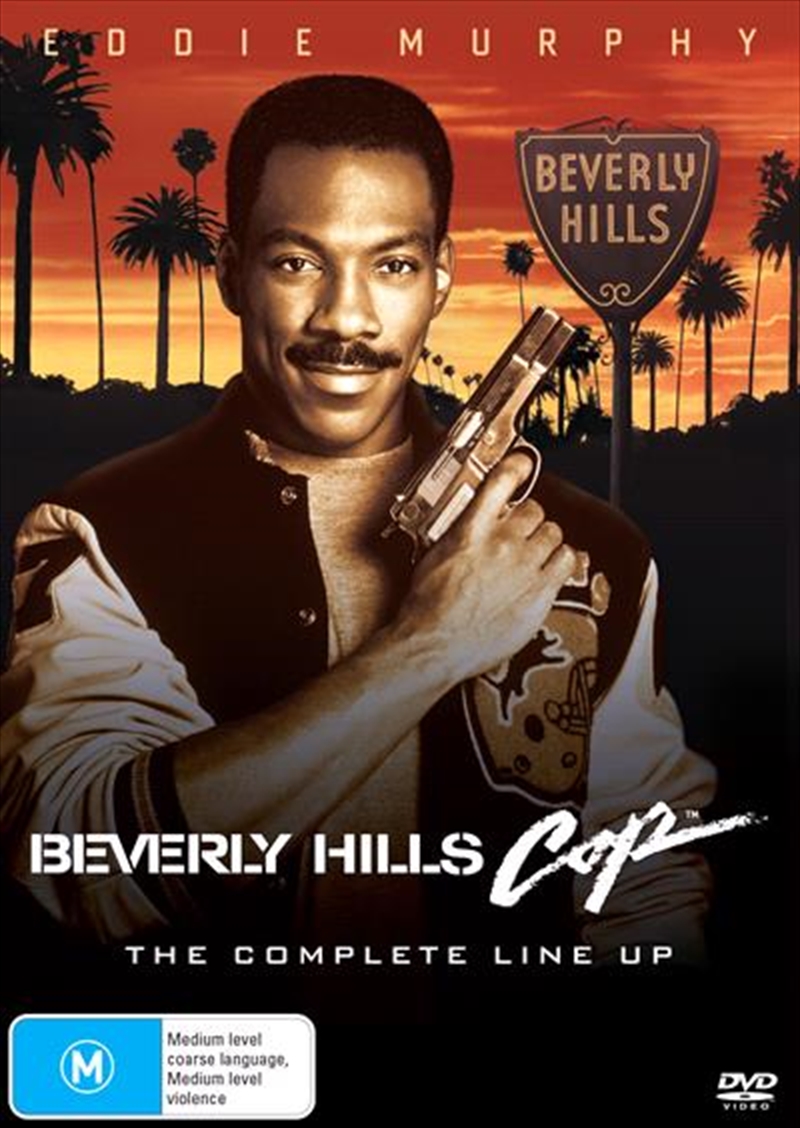 BEVERLY HILLS COP: Axel Foley (Eddie Murphy), a street-smart Detroit cop, is tracking down his best friend's killer in Beverly Hills. Axel quickly learns that his wild style doesn't fit in with the Beverly Hills Police Department, which assigns two officers (Judge Reinhold and John Ashton) to make sure things don't get out of hand. Dragging the stuffy detectives along for the ride, Axel smashes through a huge culture clash.

BEVERLY HILLS COP II: Axel Foley is back--back where he does not belong! He is going deep, deep, deep undercover into the chic wilds of Southern California, unleashing his arsenal of blazing gunfire and rapid-fire gags against a gang of international munitions smugglers.

BEVERLY HILLS COP III: Axel Foley journeys back to Beverly Hills for a real roller coaster thrill ride at the Wonderworld amusement park! Joined by old pals Billy Rosewood (Judge Reinhold) and Serge (Bronson Pinchot), Axel becomes the hottest new attraction as he chases down the bad guys on the rides, through the shows and in the underground maze beneath the park.