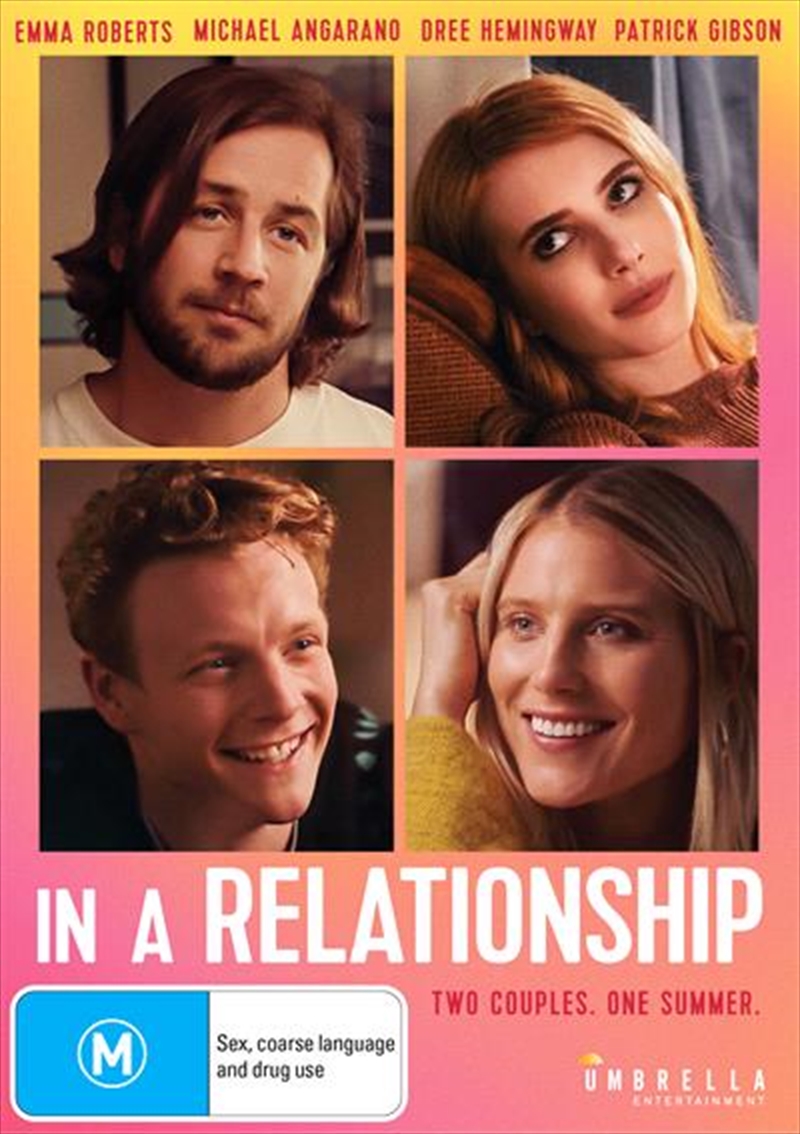 In A Relationship DVD

Owen (Michael Angarano,Seabiscuit) and Hallie (Emma Roberts, We're The Millers, Valentines Day) have been together for years, but when Owen wavers on Hallie's proposal to move in together they make a rash decision to call it quits. Ton both their dismay, they find it especially difficult to truly separate given how intertwined their lives have become. Meanwhile, Owen's best friend Matt (Patrick Gibson, The OA) finds himselfcompletely smitten with Hallie's cousin Willa (Dree Hemingway,The Disaster Artist) and they embark on an unexpected, but promising,romance of their own. Sam Boyd's multi-character romantic dramedy adroitly juxtaposes two relationships at opposite stages of their lifespan as the foursome haphazardly traverse the unchartedterritory of 20-something millennial love over the course of a summer in Los Angeles. Bittersweet and achingly relatable, In A Relationship is a funny and deeply felt chronicle that attempts to answer the question: Do we need relationships in order to be happy?
TRAILER
DETAILS

Title: In A Relationship