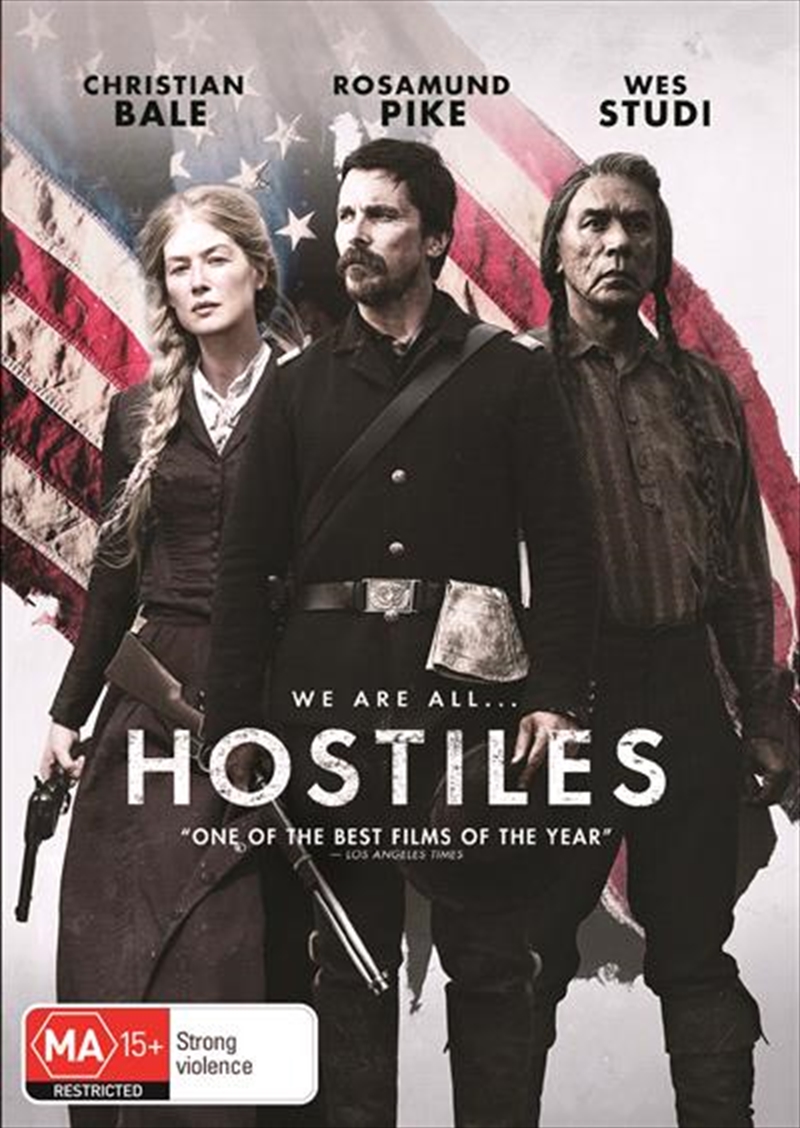 In 1892, a legendary Army Captain reluctantly agrees to escort a Cheyenne chief and his family through dangerous territory.

Review of Hostiles by Eddie @ The Movie Guys

The best his been in years, Bale is supported by an on form ensemble that includes the likes of Jesse Plemons, Rory Cochrane, Timothée Chalamet and Adam Beach, while Pike is more than up to the task when required with her raw and heartfelt turn as good as anything she’s ever done.
Hostiles is a sad and at times bleak film, an experience that at times will be tough to sit through but it’s also a film filled with grace, mercy and importantly come its final frame a glimmer of hope.
Cooper has with Hostiles crafted one of the finest westerns of the modern era that’s delivered wondrously by his leading man.
Undervalued by audiences and critics on its cinematic release in the United States during the crowded awards season rush, it’s a mighty shame that Hostiles took so long to arrive on Australian cinema screens as Cooper’s film is one of, if not the year’s best films, and a fascinating look back at a time in American history many would rather forget.
See more from The Movie Guys on their website