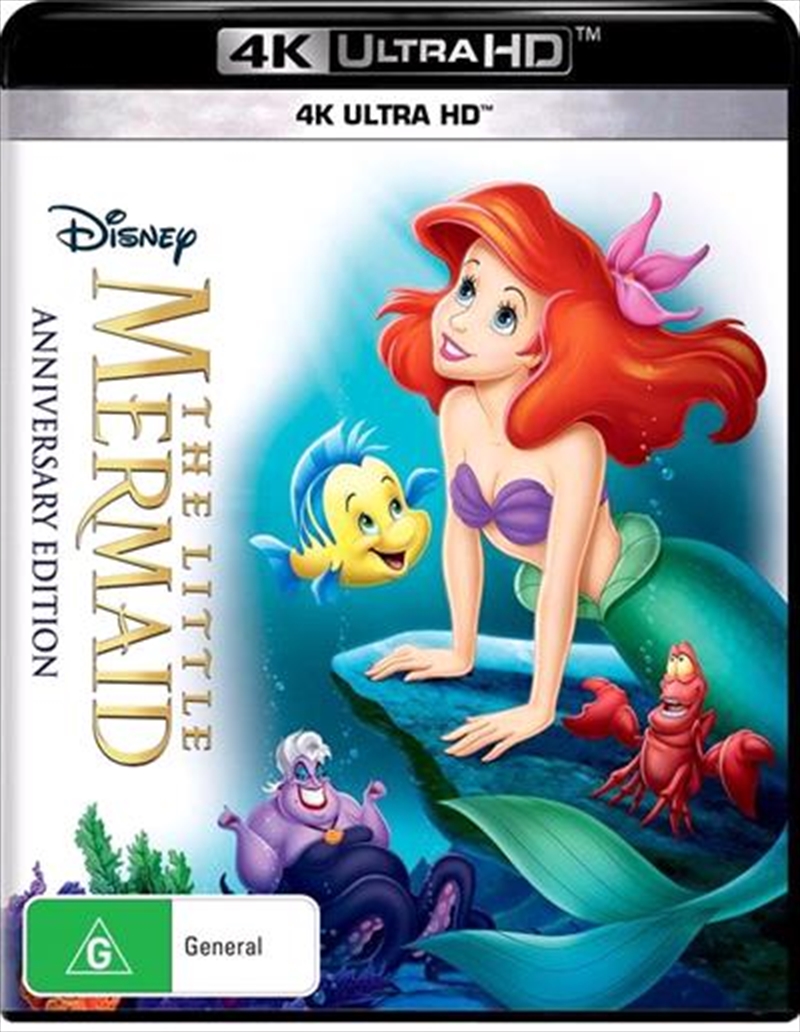 All the music, fun and adventure under the sea resurface in this magical, fully restored edition of Disney's 28th animated Classic. Groundbreaking animation, colourful characters and an Oscar winning song and score make THE LITTLE MERMAID even more popular today than the day she first splashed on screen! Ariel, the fun-loving and mischievous mermaid, lives in an underwater paradise with her father King Triton, and is enchanted with life about the sea - even more so after saving a handsome prince from drowning! Against the advice of her best friend Flounder and the hilarious reggae-singing crab Sebastian, Ariel strikes a deal with the sea witch Ursula. In exchange for her beautiful voice, Ariel will become part of the human world. But what seems a dream come true becomes a heated race against time in which Ariel must win the prince's love and save her father's kingdom.With its enchanted sound quality and breathtaking imagery, this tale of pure Disney magic can finally be experienced like never before!
DETAILS