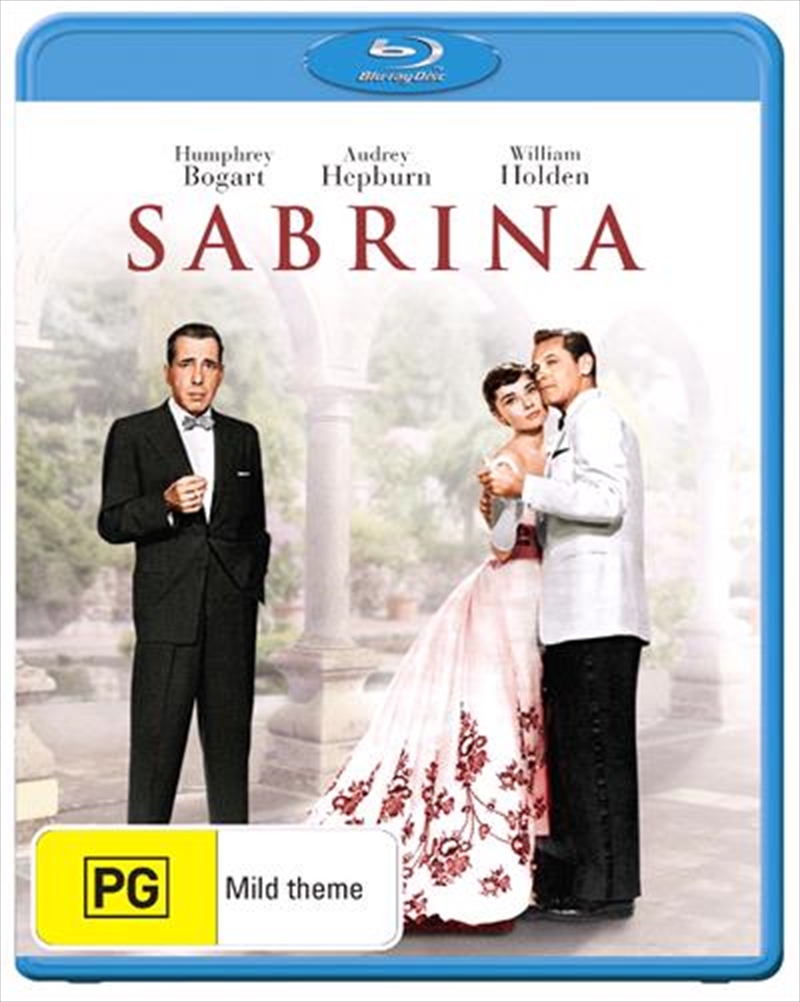 . . . the chauffeur's daughter who learned her stuff in Paris!

Sabrina is charming, humorous and aglow with some of Hollywood's greatest stars. Humphrey Bogart, William Holden and Audrey Hepburn star in a Cinderella story directed by renowned filmmaker Billy Wilder (Sunset Boulevard, Some Like It Hot). Bogie and Holden are the mega-rich Larrabee brothers of Long Island. Bogie's all work, Holden's all playboy. But when Sabrina, daughter of the family's chauffeur, returns from Paris all grown up and glamorous, the stage is set for some family fireworks as the brothers fall under the spell of Hepburn's delightful charms.