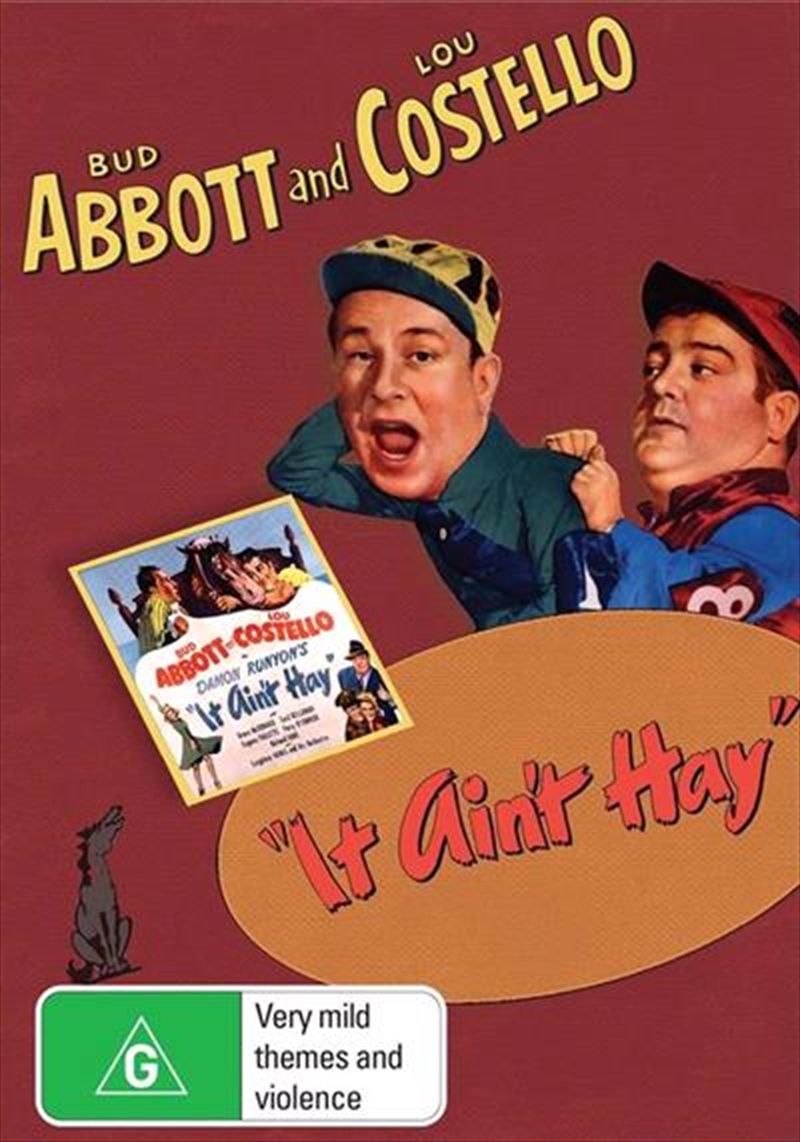 Comedy legends Bud Abbott and Lou Costello gallop their way to the racetrack in It Ain't Hay - a rare, early film based on a short story by Damon Runyon. When a taxi driver (Costello) unwittingly kills a carriage driver's elderly horse, he and his pal (Abbott) attempt to replace it by borrowing the famous racehorse Tea Biscuit. A reward for the stolen animal is announced, shifty Broadway locals, such as Umbrella Sam and Chauncey the Eye get involved, and the duo trots from one hilarious situation to another. The stakes are high in this comedy favorite that features classic routines including Mudder/Fodder and Betting Parlor.
DETAILS