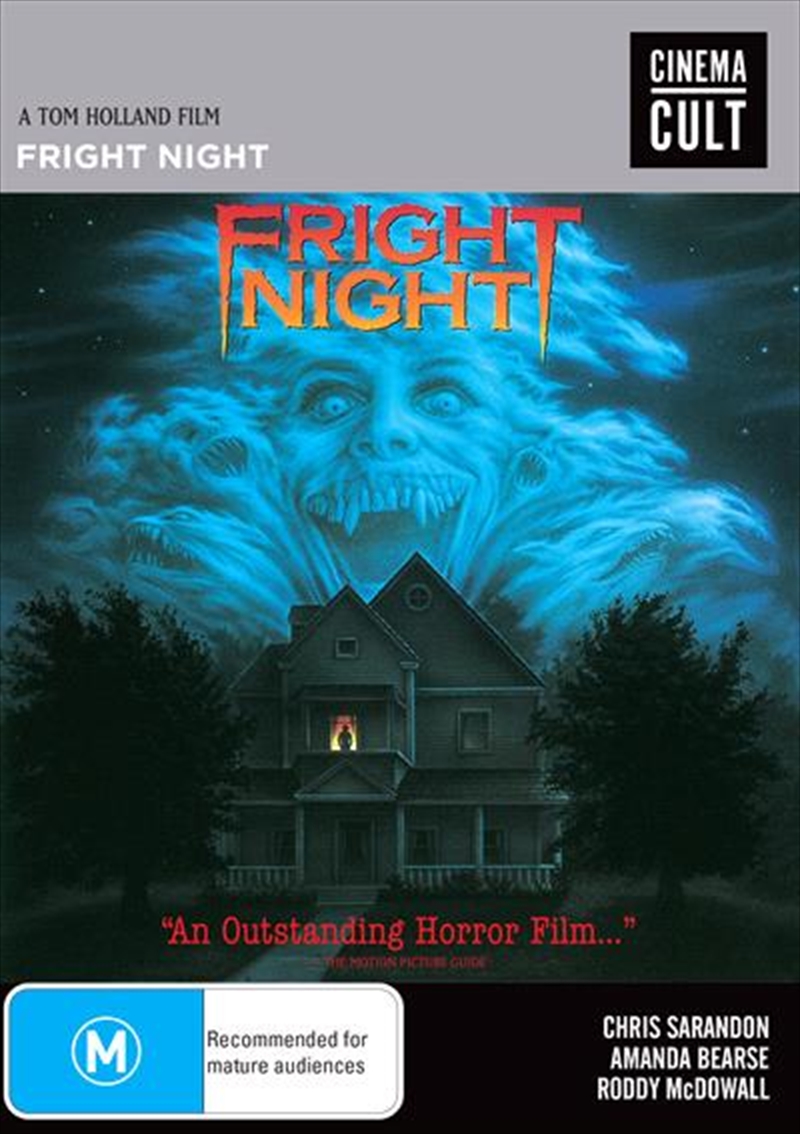 Shipping - See delivery options.
Postcode:
Quantity:
SEE MORE IN:
3 for $20 Movies & More
DESCRIPTION
If you love being scared, it'll be the night of your life.

Teenage Charley Brewster (William Ragsdale) is a horror-film junkie, so it's no surprise that, when a reclusive new neighbor named Jerry Dandridge (Chris Sarandon) moves next-door, Brewster becomes convinced he is a vampire. It's also no surprise when nobody believes him. However, after strange events begin to occur, Charlie has no choice but to turn to the only person who could possibly help: washed-up television vampire killer Peter Vincent (Roddy McDowall).
TRAILER
DETAILS