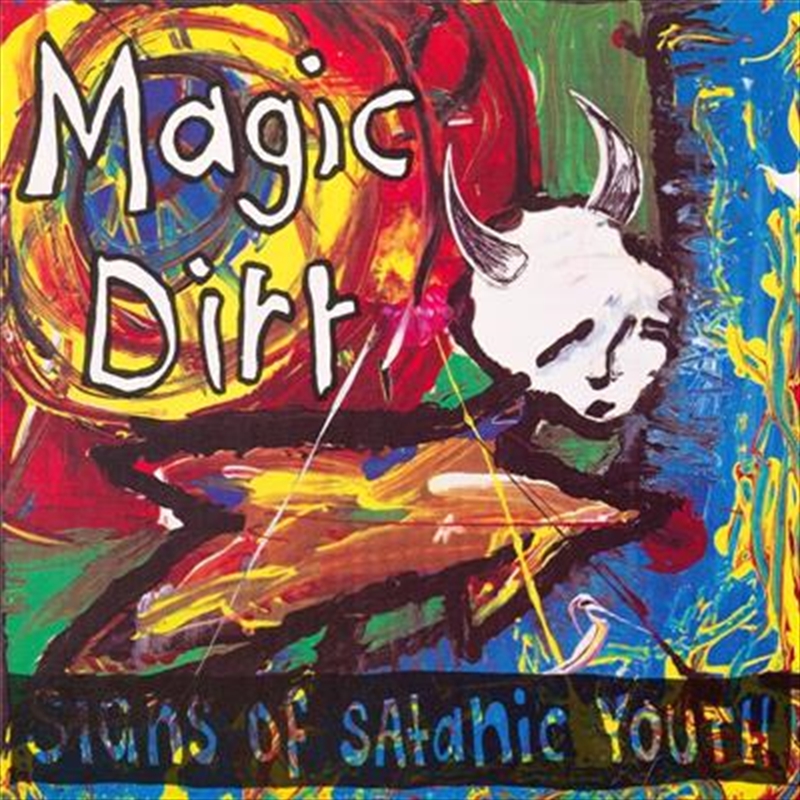 Remote Control Records in partnership with Emergency Music are proud to announce the reissue of 'Signs Of Satanic Youth' by Magic Dirt!

'Signs Of Satanic Youth' was originally released in November 1993 on vinyl as a double 7" single and also on CD. Both have long been out of print.

Magic Dirt explain: "The reissue of Signs Of Satanic Youth is particularly significant as it was a project spearheaded by Dean (Turner) and was a long held dream of his that we are now so proud to be able to realise. To have it available to the public after almost 25 years and for the first time on 12" vinyl is a momentous occasion for the band and we are so happy to be able to share this part of our legacy."

Adalita recalls, "...It's funny but I have such strong memories of putting together the artwork. We all gathered around at Daniel's house, an old weatherboard shack in the marshlands at the back of Geelong. We spent hours and hours assembling all the bits and pieces and drawing and sketching and deliberating and fine tuning. That's how we were, passionate and attentive to every little detail, everything had meaning, everything had to be right, from cutting out those little paper horns to Dean's drawing of the piranha like fish. Being our first EP we were pretty damn excited as you can imagine. Dave Thomas (Bored!), was mentoring us at the time and he came into the studio to help out with the production. It was at this time we also struck up the dream alliance with Lindsay Gravina at Birdland Studios who engineered the whole thing. Lindsay just got us from the get go and we ended up finishing everything in about 5 days, we worked really well together and had a lot of fun too."

Lindsay Gravina says "...I liked you guys straight up, having been from an art band background myself, I think I just treated the whole thing as an experimental art project (which was right up my alley). There is a distinct memory during mixing where Daniel stood over me urging me to turn his guitar up in level: "Here? No Louder! Here? No LOUDER!" In exasperation I just pushed the fader right up to the very top, where it had never been (and probably not been since) and looked at him as if to say "See how ridiculous that sounds?" But instead he said "Can it go any louder?" I thought it at the time and I still think it now, those sessions, though very early in my studio career (only my 2nd year), were among the freshest, and most exciting recordings I've ever been privileged to be a part of. Absolutely."