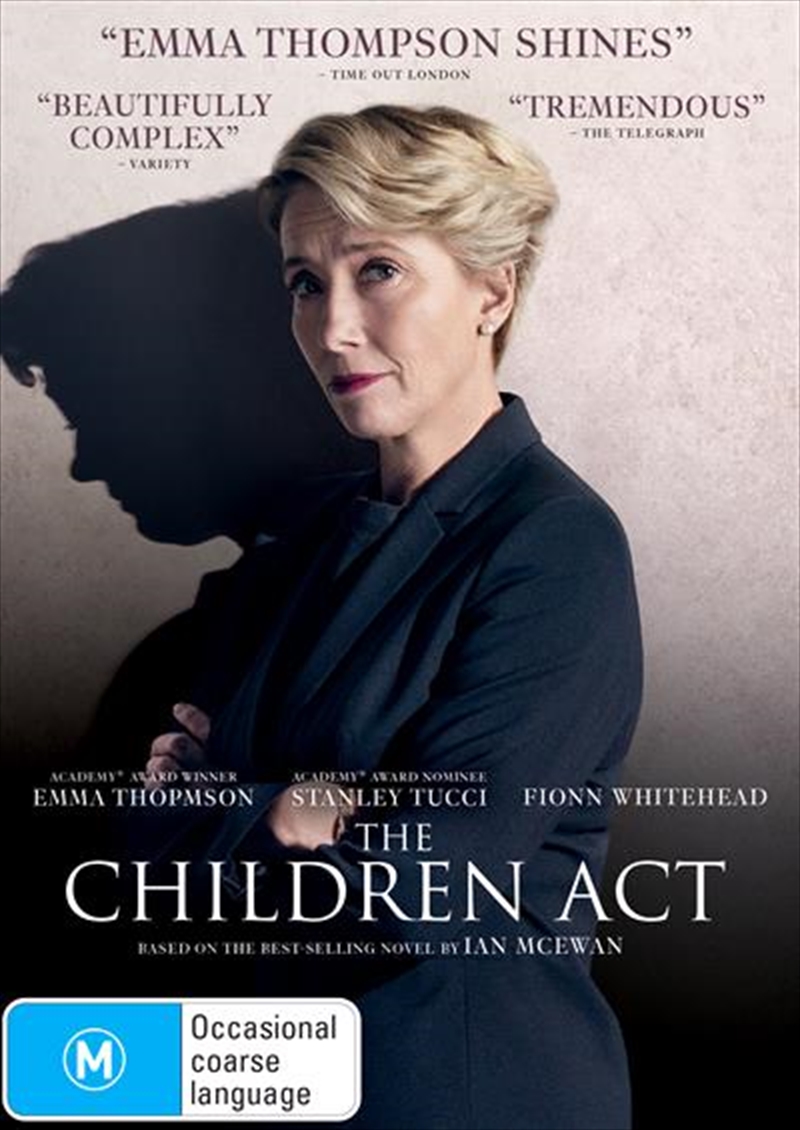 We all make choices. Hers make history.

Fiona Maye (Thompson) is an eminent High Court judge in London presiding with wisdom and compassion over ethically complex cases of family law. But she has paid a heavy personal price for her workload, and her marriage to American professor Jack (Tucci) is at breaking-point. In this moment of personal crisis, Fiona is asked to rule on the case of Adam (Whitehead), a brilliant boy who is refusing the blood transfusion which will save his life. Adam is three months from his 18th birthday and still legally a child. Should Fiona force him to live? Fiona visits Adam in hospital and their meeting has a profound emotional impact on them both, stirring strong new emotions in the boy and long?buried feelings in her.