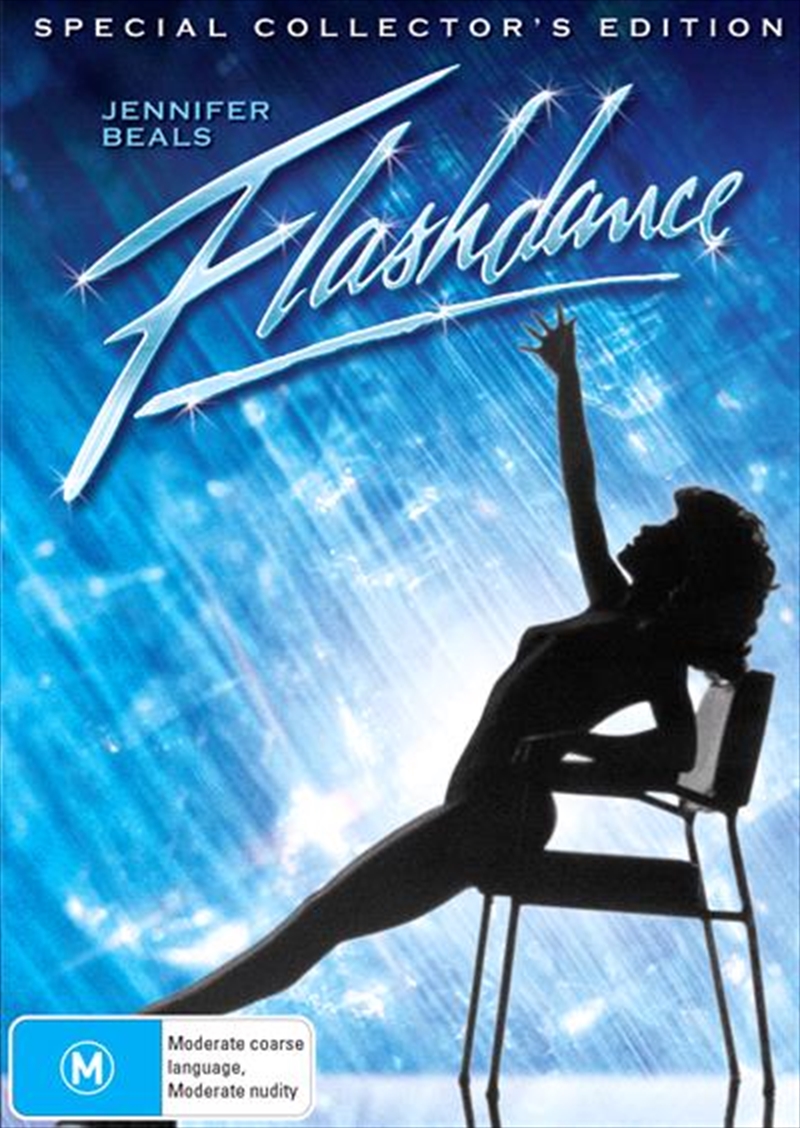 A Pittsburgh woman with two jobs as a welder and an exotic dancer wants to get into ballet school. Alex (Jennifer Beals) strives to achieve success as a classical dancer, but economic forces require her to work as a welder by day and an exotic dancer by night. Standing in her way is an abundance of profound social obstacles, not the least of which is her boss at the welding factory, Nick (Michael Nouri), who is also her boyfriend. Alex strives to be accepted into a prestigious ballet academy, and she is furious when she realizes that her boyfriend might be pulling strings for her behind the scenes. Along the road to self-discovery and independence, Alex also struggles to accept love, come to terms with her own stubbornness, and find the inner strength to turn her lofty dreams into reality. Edited for maximum rhythmic impact, Flashdance, is full of glistening bodies and metallic surfaces, powered by Giorgio Moroder's throbbing music and one hit song after another: Michael Sembello's "Maniac," Karen Karmen's "Manhunt," and, notably, Irene Cara's Oscar-winning theme song, "Flashdance...What a Feeling." Flashdance, marks the first co-production between Jerry Bruckheimer and Don Simpson, who geared the film toward the MTV generation.
TRAILER
DETAILS