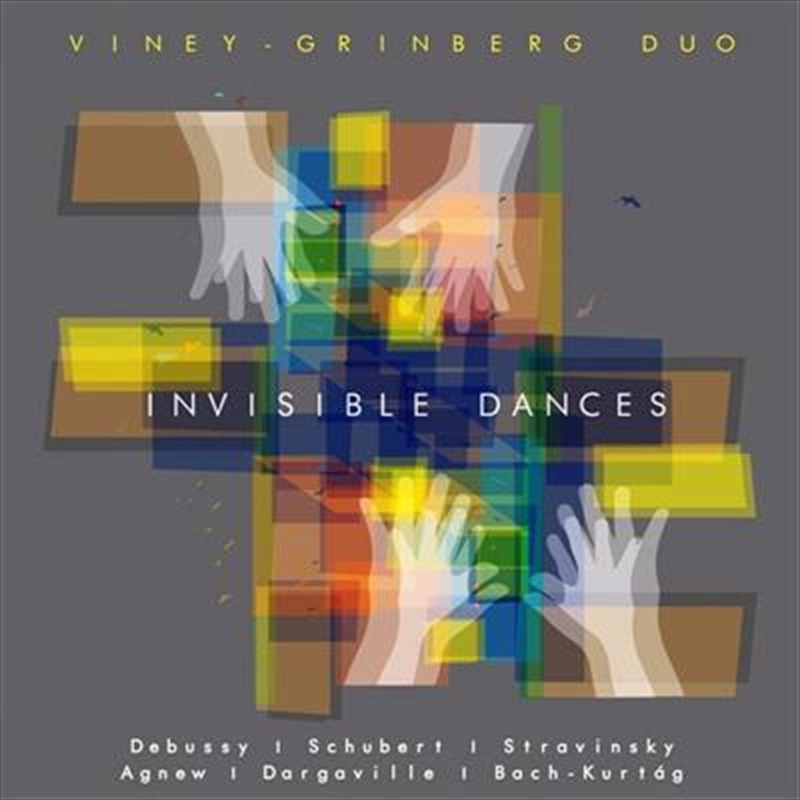 Invisible Dances is the new album from acclaimed Australian pianists Liam Viney and Anna Grinberg, who perform as the Viney-Grinberg Piano Duo. Through scenes of fantasy and poetry, these musical tableaux highlight the sheer colour and brilliance of piano duets.

This album is permeated by the spirit of dance felt but not seen: from Debussy's archaic musings on minuet and ballet forms in his Petite Suite, through the obsessive moto perpetuos, French overture, and Austrian folk Ländler in Schubert's 'Fantasie', into the dazzling world of Stravinsky's dancing puppets and carnival acrobats.

Two Australian pieces generate interesting resonances alongside their European counterparts. Roy Agnew's Green Valley is a modest pastoral scene of exquisite beauty that echoes the outdoor scene of Debussy's En bateau. Tim Dargaville's Invisible Dance provides a counterpoint to the extroverted rhythmic display of Petrushka, a poignant postlude to an album animated by movement and motion.

Described as 'barnstorming' (The Australian) and 'the most compelling case for the beauty and variety of two piano repertory this reviewer has ever heard' (Los Angeles Times), the duo is committed to exploring classics of the two-piano and four-hand repertoire, but also contributes to the ongoing expansion of that literature through commissioning composers. They spent a decade in the United States before taking up their current position as Ensemble-in-Residence at the University of Queensland, Australia.