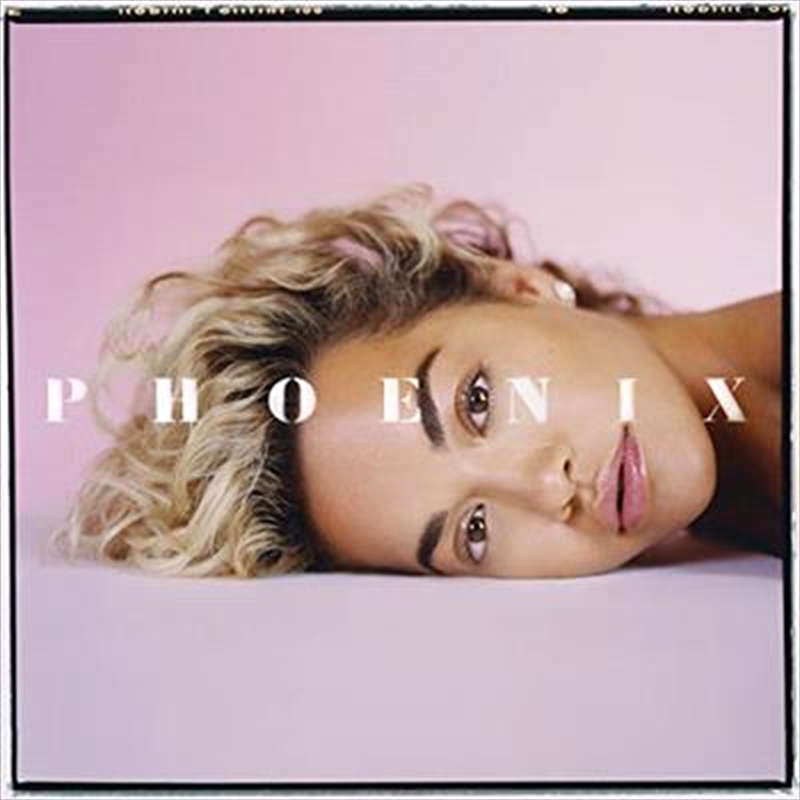 It has been a momentous year and a half for Rita - following a sold out European tour and an incredible summer playing to millions of fans with over 33 live dates, her latest five hit singles have amassed over 1.3 billion Spotify streams worldwide.  Global hit, Your Song, written by Ed Sheeran and Steve Mac has reached more than 352M streams and reached Triple Platinum status in Australia.

Following on from this, she released a global Top 10 hit in August, Lonely Together, a collaboration with Avicii. Her single Anywhere, released last October, earnt a #2 spot in the UK and reached Double Platinum sales in Australia. Further collaborations with Liam Payne for the Fifty Shades Freed Soundtrack For You  became her fourth Top 10 hit, as well as her girl-power anthem Girls, which saw Rita team up with Cardi B, Bebe Rexha & Charli XCX to achieve yet another global success. These hit songs will be featured on her upcoming album Phoenix in November as well as brand new single ‘Let You Love Me’.

Rita says of new album Phoenix, “One of the most liberating feelings for me is performing and creating music. This album is a true labour of love, and it was important for me to do it my way.  I’m so appreciative of the love and support from those who worked with me on the record and allowed me create something I’m really proud of.  They gave me the space and freedom to create something from my heart. Both challenging and euphoric at times. I am really proud of and grateful for the journey that the making of Phoenix has taken me on. To my fans, thank you for your patience and thank you always for listening.”

Rita has sold a staggering seven million singles, had 12 UK top ten singles (five of which received platinum status and five of which are gold certified) and a number 1 UK platinum-selling debut album all under her belt. She has cemented herself as one of the most successful UK pop acts of the last decade. Her return to music last year culminated in 1 billion streams and views worldwide and four globe-spanning smash hit singles.

Review of Rita Ora - Phoenix To by Thomas Bleach

As the chorus of the final track soars with it’s reflective and honest confession, Rita Ora closes this chapter of her musical journey with an insight into her growth and understanding. “I’m a soul survivor, I made it through the fire. I started with nothing, I’ve got nothing to lose”. Her long awaited sophomore studio album was scheduled for release in 2014 and with a whole lot of public set-backs with label and producer issues, it was always questioned if we would ever hear a final product. Now signed to Atlantic Records, ‘Phoenix’ is a cathartic and refreshing collection of tracks that takes you on a journey through up beat pop anthems to raw and honest moments that explore her deep emotions. It acts as a great representation to the experiences she’s been through whilst also shaping some of the negative ones with a positive outlook and polish. Opening with the lovesick pop banger ‘Anywhere’ she gives you a slick tropical pop beat that drops this early 2000’s inspired gay club ready breakdown, which is oh so great. Following it up with the polished and easy listening single ‘Let Me Love You’ she showcases her songwriting strengths with a chorus that has been all over radio. But it’s the first new track ‘New Love’ which will stop you in your tracks with it’s sassy and honest delivery about an unfaithful partner. “What are you gonna do when the sun goes down, who are you gonna love when I’m not around?”. This is the shortest song on the record at only 2 min and 34 seconds long and you will find yourself wanting and needing more that you will immediately press replay. Her previously released singles ‘Your Song’, ‘Lonely Together’, ‘For You’ and the unnecessarily controversial ‘Girls’ offer a light pop production that breezes through some big singalongs. Following their lead ‘First Time High’, ‘Summer Love’ and ‘Hell Of A Life’ offer some easy listening and instant favourite moments that will be great additions to her live set. But where Rita really shines on this album is in her more sedued and emotional moments. ‘Only Want You’ steps it back to a similar slow RNB jam production to ‘Body On You’ and instead of being seductive she breaks down her barriers and tells an ex lover how she really feels. “I don’t want somebody like you, I only want you, I only want you”. It’s one of the albums most direct and relatable tracks as she doesn't really hold back or hide behind metaphors. From there the album shifts to the RNB and jazz influenced ballads ‘Velvet Rope’ and ‘Cashmere’ before the electronic ballad ‘Falling To Pieces’ ties together all of the experimentation. It’s in these tracks that her vocals really shine. She doesn’t shift too far from her pop and RNB roots but she does explore different production styles to give listeners a varied experience. It’s a lot more polished compared to her debut and excitingly hears her preparing for the arena shows her upcoming UK tour sees her headlining. After a four year wait this album doesn't disappoint in delivering hits, bops, emotional moments and everything in between.
See more from Thomas on his website
DETAILS

8. For You (Fifty Shades Freed with Liam Payne)