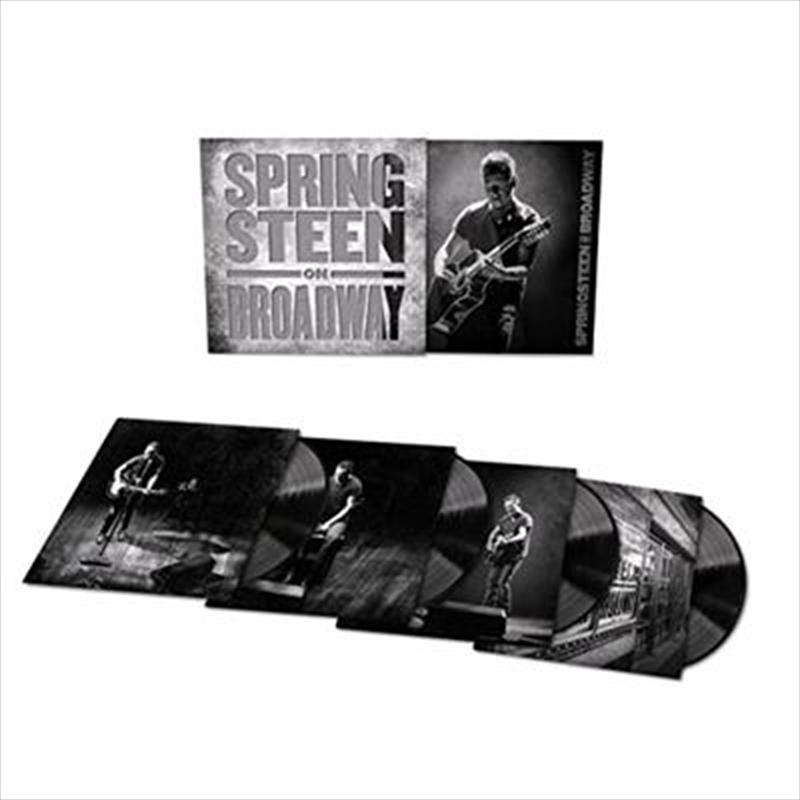 “Springsteen on Broadway” is the new album of music and stories by Bruce Springsteen, and the soundtrack to the Netflix film of the same name. The album is the complete live performance of the show, and available on vinyl as a 4 LP set.

In addition, the show features a special appearance by Patti Scialfa. Bruce Springsteen's historic sold-out series of performances of his one man show began previews on October 3, 2017 and officially opened October 12, 2017.

The show was extended three times after its initial eight-week run, and ran on Broadway at The Walter Kerr Theatre through December 15, 2018, bringing the total number of performances to 236.

1. Tougher Than the Rest (Introduction)

2. Tougher Than the Rest

1. The Ghost of Tom Joad (Introduction)

2. The Ghost of Tom Joad

1. Dancing In the Dark (Introduction)

2. Dancing In the Dark

3. Land of Hope and Dreams