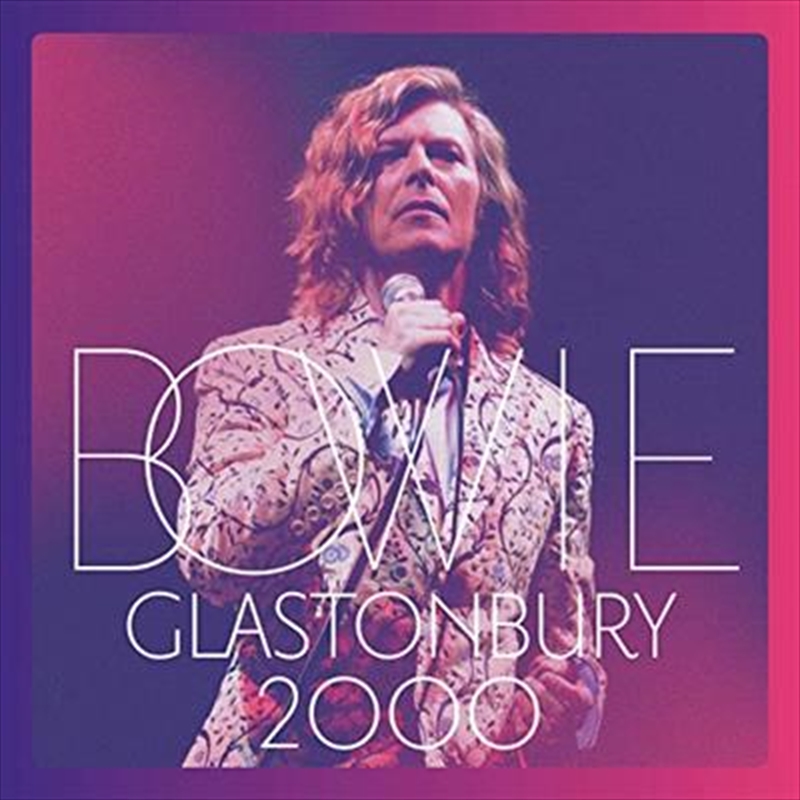 Parlophone Records in association with BBC Studios and Glastonbury Festivals Ltd. are proud to announce DAVID BOWIE ‘GLASTONBURY 2000’ on 2CD/DVD, 3LP and 2CD documenting Bowie’s legendary Sunday night headline performance on 25th June at the most famous festival on earth.

The package includes the full 21 song greatest hits set and for the first time, a DVD of the entire show (only 30 minutes of which has ever been broadcast on TV) including the Glastonbury performance of ‘Heroes’, a highlight of the record breaking ‘David Bowie Is…’ exhibition and the only track that has been previously released.

All formats feature David’s diary, originally written for Time Out, which documents him preparing for the show in his own inimitable manner: “As of 1990 I got through the rest of the 20th century without having to do a big hits show. Yes, yes, I know I did four or five hits on the later shows but I held out pretty well I thought…big, well known songs will litter the field at Glastonbury this year. Well, with a couple of quirks of course”.

In addition to newly mastered audio and upgraded video DAVID BOWIE ‘GLASTONBURY 2000’ features new artwork from Jonathan Barnbrook (who worked with Bowie on the sleeves for Heathen, The Next Day & ?) and notes from the renowned author and Bowie fan Caitlin Moran who reviewed the show for The Times.

The package features photos of Bowie resplendently dressed in a 3/4 length one-of-a-kind Alexander McQueen frock coat, the pattern of which was made to echo the hat (the famous ‘bipperty-bopperty hat’ mentioned in the song Queen Bitch) and worn by David at his Glastonbury Fayre debut in 1971.

2 WILD IS THE WIND

6 ALL THE YOUNG DUDES

7 THE MAN WHO SOLD THE WORLD