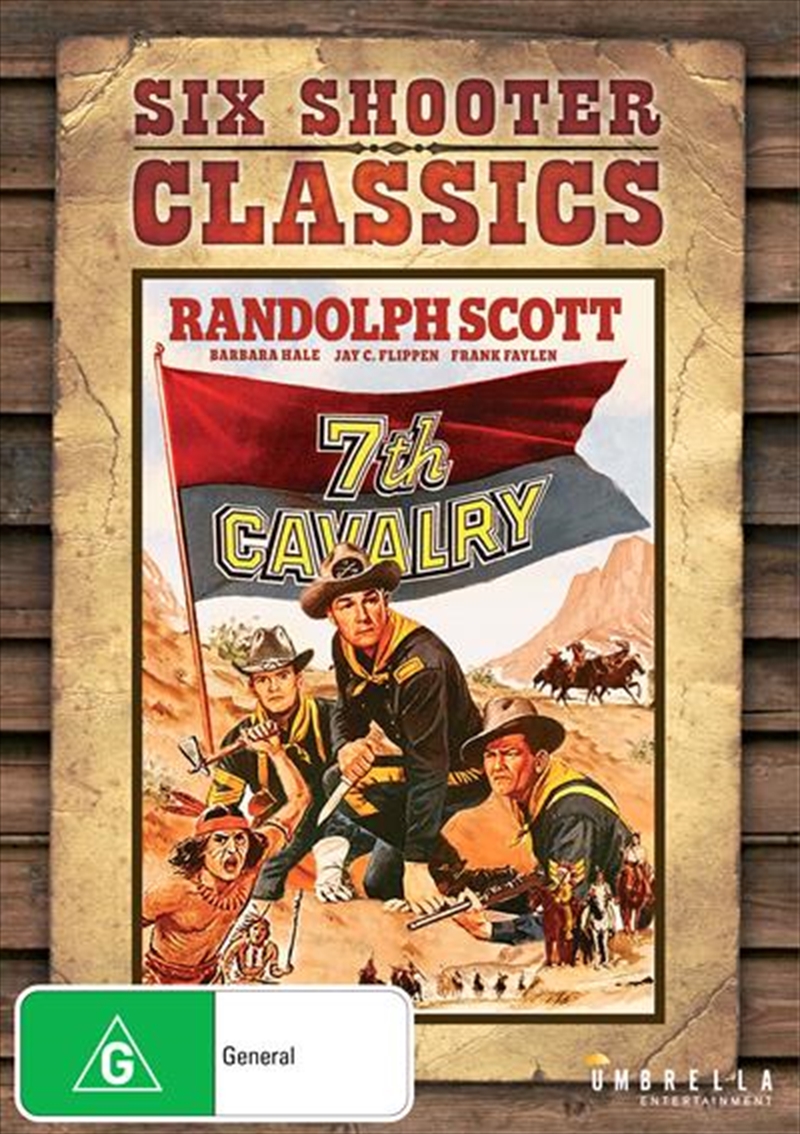 CHARGING THE BATTLE LINES OF THE SIOUX AND THE CHEYENNES!

Tom Benson (Randolph Scott, The Tall T), a captain in General Custer's famed 7th Cavalry and an aide to the General, is unable to prove that on the eve of the fateful massacre at Little Big Horn, he had been ordered from the frontier to bring his fiance (Barbara Hale, Seminole) to Fort Lincoln. Accused of cowardice Benson grimly undertakes what he feels is a suicide mission: commanding a burial detail of misfits under Sgt. Bates (J.C. Flippen, Cat Ballou), returning to the Little Big Horn where the Indian warriors flushed with victory, are certain to massacre the lot. Corporal Morrison rides out to join Benson's command but is killed. Just when Benson is faced with mutiny from his men as well as an Indian attack, Morrison's horse breaks through the Indian lines. The Indians, believing the animal is ridden by the ghost of General Custer, leave Benson and his men to complete their assignment in peace.