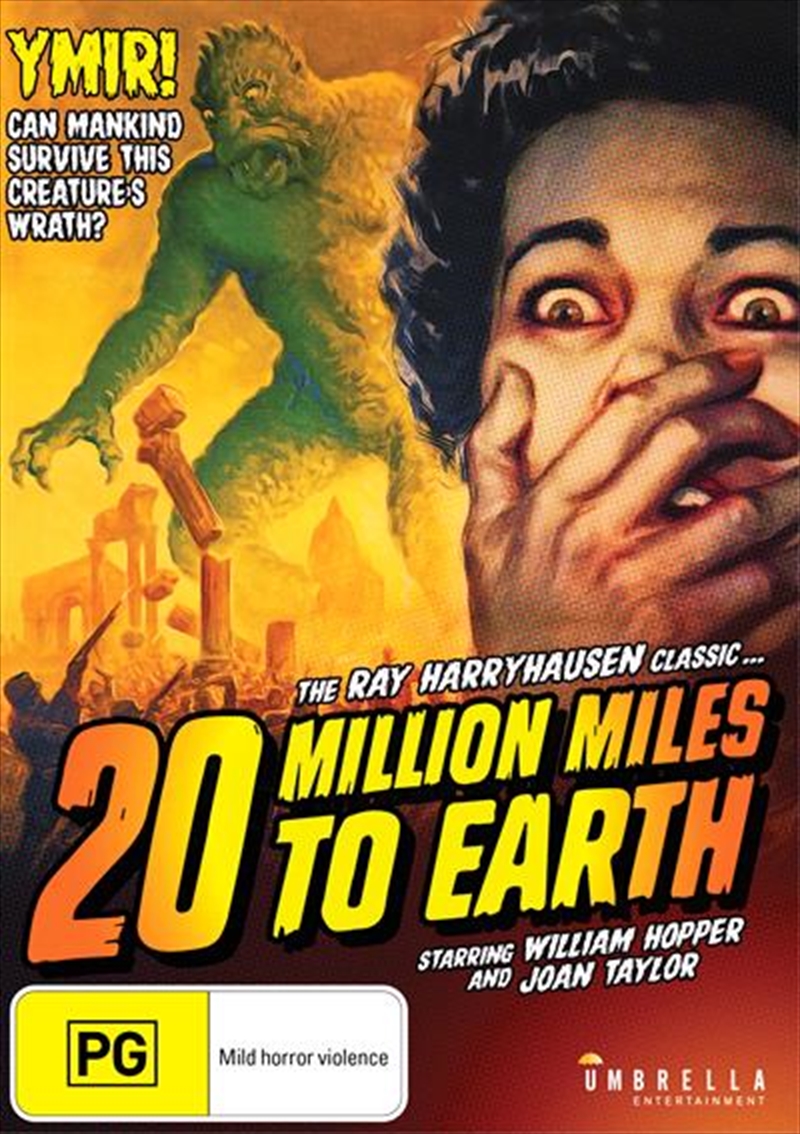 Special effects master Ray Harryhausen (Clash of the Titans, One Million Years B.C.) brings you one of his earliest groundbreaking films. On its way home from Venus, a U.S. Army rocket ship crashes into the sea of Sicily leaving Colonel Calder (William Hopper, Rebel Without a Cause) the sole survivor ...or so it seems. A sealed container is also recovered from the wreck and when a zoologist (Frank Puglia, Girls! Girls! Girls!) and his granddaughter (Joan Taylor, Earth vs the Flying Saucers) open it, the gelatinous mass inside escapes. Overnight, it grows into a horrific monster that has doubled in size. In desperation, Calder calls in the Army to help fight the monster, which has taken refuge atop the Coliseum in Rome. But it will take more than man's weapons to fight the evil forces of the unknown and save the world from destruction.