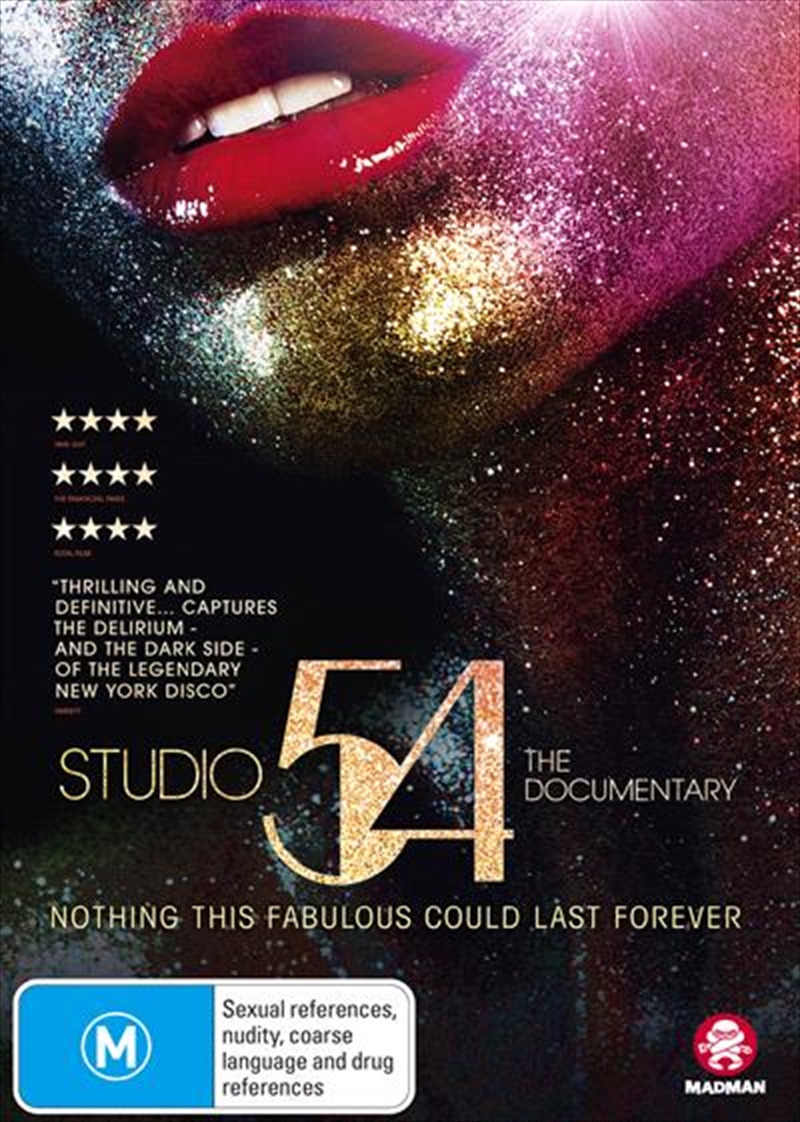 For the first time, the people behind the infamous Studio 54 tells the in-depth story of how the world's greatest nightclub was created. Studio 54 was the epicenter of '70s hedonism - a place that not only redefined the nightclub, but also came to symbolise an entire era. Its co-owners, Ian Schrager and Steve Rubell, two friends from Brooklyn, seemed to come out of nowhere to suddenly preside over a new kind of New York society. Now, 39 years after the velvet rope was first slung across the club's hallowed threshold, a feature documentary tells the real story behind the greatest club of all time.