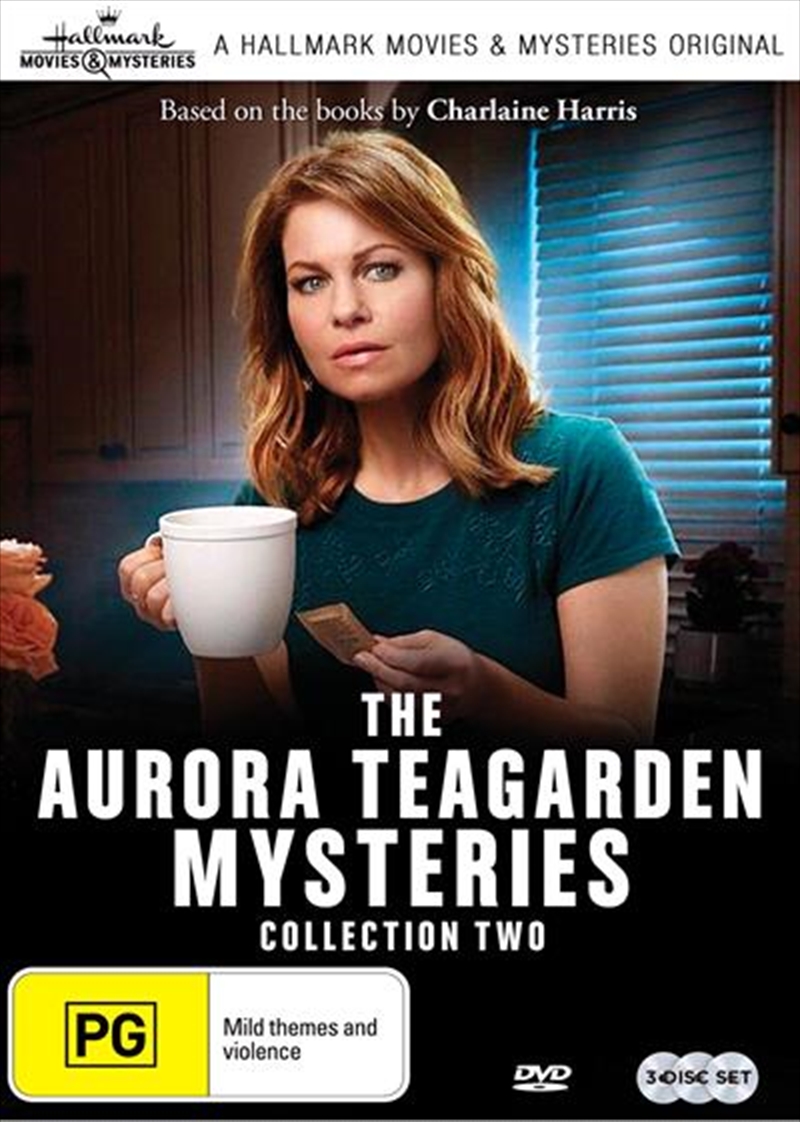 Aurora Teagarden Mysteries: The Disappearing Game
Regina, the long-lost niece of Aurora's boyfriend, Martin, turns up with a baby. Before Martin has a chance to reconnect with Regina, she disappears leaving a dead husband, Craig, on Aurora's balcony and her baby, Hayden, hidden in Aurora's bathtub.

Aurora Teagarden Mysteries: Reap What You Sew
When an old family friend, Poppy Wilson, returns to Lawrenceton, not everyone is happy. When Poppy is murdered, Aurora must face uncomfortable truths in order to get to the truth of who killed her.

Aurora Teagarden Mysteries: Last Scene Alive
A Hollywood fil crew descends on the town of Lawrencetown, GA to produce a film based on a book written by Aurora's onetime boyfriend Robin Crusoe. However, when the lead actress, who is playing Aurora, is killed, the real Aurora and the Murders Club must investigate a long list of suspects.