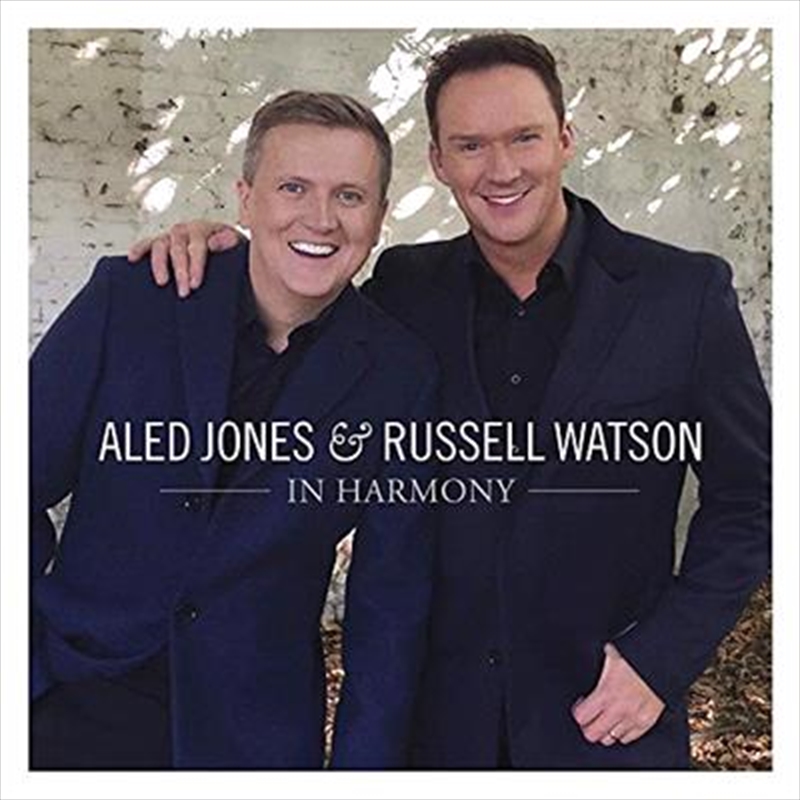 The singers will embark on their first joint UK tour next year, performing tracks from their debut album 'In Harmony'.

Aled Jones and Russell Watson are set to release their debut duet album In Harmony. The album will include well-loved arias and hymns like 'Ave Maria', as well as modern classics such as 'You Raise Me Up'.

And they've just announced that they will be touring the UK to perform songs from the recording next autumn.

On Lorraine this morning, Aled said: "There was no guarantee that the voices would work together or anything, and it really, really does. It even surprised us – we keep looking at each other when we're on stage and saying, 'this sounds really great!'."

The album will also feature the single 'Bright Horizons', written for the duo by renowned Welsh composer Sir Karl Jenkins. The first single from the album will be 'Where Have All The Flowers Gone/Here's To The Heroes', a tribute to mark both the centenary of the end of World War One and the 70th anniversary of the National Health Service.

1. How Great Thou Art

2. Where Have All the Flowers Gone / Here's to the Heroes (Medley)

4. May the Good Lord Bless and Keep You

6. Where Should This Music Be? (Nimrod)