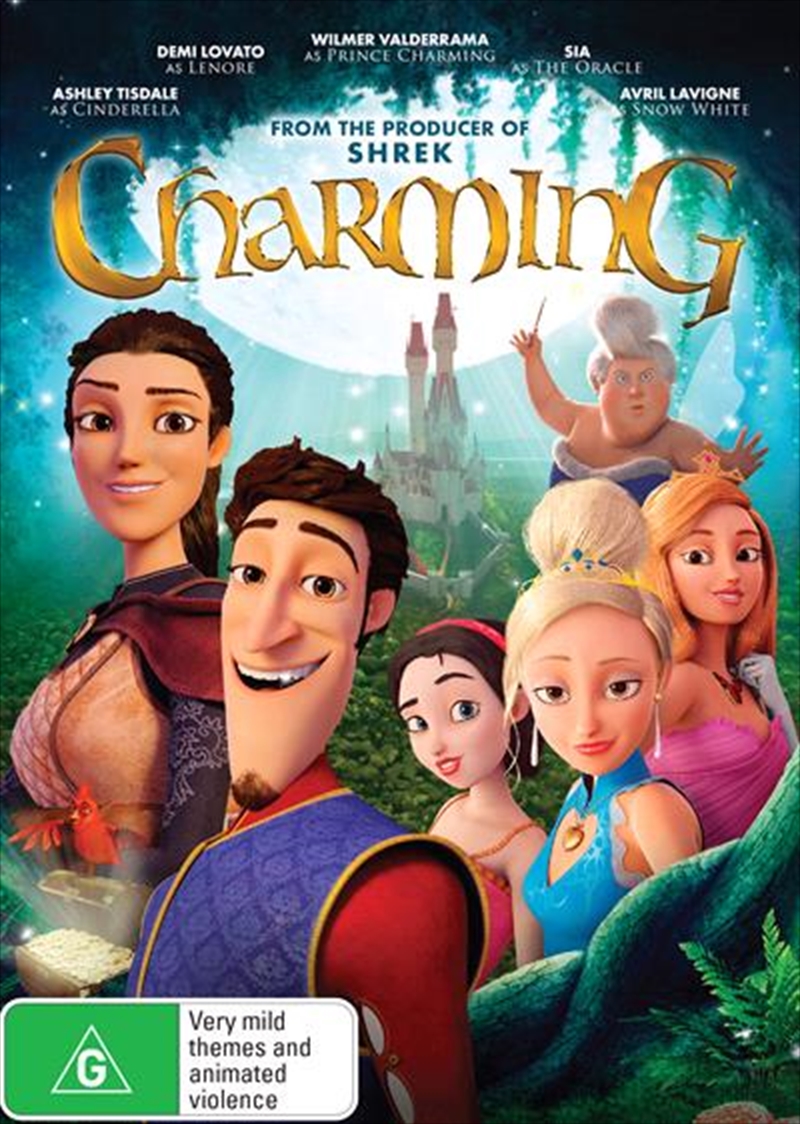 We all know how the classic fairytales end. Cinderella marries Prince Charming. Snow White mar-ries oh, interesting Prince Charming. And Sleeping Beauty marries wow, now this is just get-ting kind of awkward Prince Charming! As an infant, Prince Charming was maliciously over-blessed with charm, and so through no fault of his own, women are drawn to him like a magnet. Every woman he meets falls head over heels in love with him. And as you might expect of someone born into royalty who is magically irresistible to all women, the worlds most famous prince has coasted through life on this charm. After racking up three very high-profile fiances and hundreds of spurned lovers out for his blood, Charming sets out to break his curse by finding the most illusive prize of all True Love. Any val-iant knight in this land knows that royal suitors on such a quest must take a journey to self-discovery and manhood known as The Gauntlet. His father did it, his fathers father did it, why not him? And so, with the help of a roguish stranger named Lenny as his guide, Charming sets out to survive The Gauntlet, discover his True Love, and find his happy ending. However, unbeknownst to Charming, Lenny is actually Lenore Quinonez, a notorious thief. Being born at sea, Lenore is also nomaiden of the land and therefore the only woman in the world immune to Charmings magical allure. Immediately pegging Charming as an easy mark and his quest as a quick payday, Lenore secretly promises to deliver him to his three impatient princesses and the inevitable choice to marry one of them. But, along their journeys path, she begins to sus-pect that there might be more to this Prince and her own feelings for him than she originally thought.CHARMING is a comedy about leaps of faith, true loves, and realizing that happily ever after isnt as impossible as one might think.
TRAILER
DETAILS