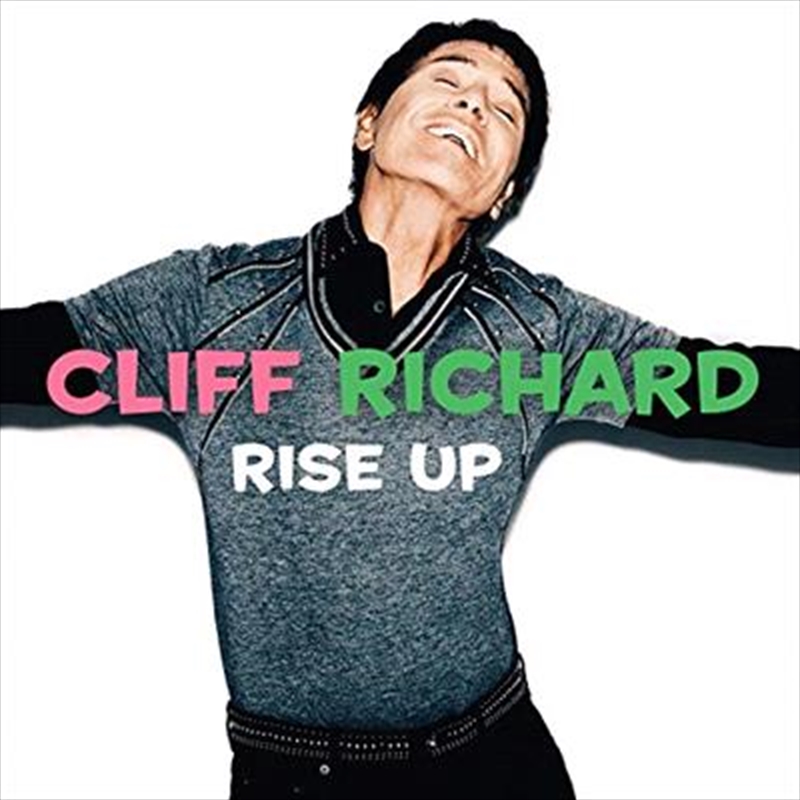 Following a traumatic and draining period in his life, Cliff Richard returns in the best way he knows how, with an album of his first new material in 14 years. Backed by the belief and support of Warner Music Entertainment and new producer Rupert Christie, the album is a powerful statement. Drawing on new songwriting talent as well as some of his biggest hit writers, Cliff not only chose songs with immediate impact, but also those that reflected his own personal sentiments.

Sir Cliff Richard explained: “I chose ‘Rise Up' as the title track because after the bad period I went through in my life, I've managed to ‘Rise Up’ out of what seemed like a quagmire. I love the lyric 'They're never gonna break me down, they're never gonna take me down, they know I’m gonna rise up feeling stronger’. It is always great to sing lyrics you can ‘feel’ and I really felt those words! So, I believe that we have the right title for the album and I am so thrilled in the way that it has turned out. I loved singing every track.”

“To have these great writers supplying me with their songs is an honour! It has been put to me that a new audience might give me a ‘listen to’, and that is an exciting thought, and if they do and don’t like it they can buy something else. Give me a chance, that is all we can ask… close your eyes and tune in. My longevity should be considered a plus, not a drawback”.

Recorded at Miami’s Hit Factory Criteria Studios in 2018, the album not only features title track Rise Up written by Devil Woman hit-maker Terry Britten and his co-writer Graham Lyle (What’s Love Got To Do With It, We Don’t Need Another Hero) but other new up-tempo contemporary songs including Reborn written by Chris Eaton (Saviour’s Day), Steve Mandile and River Flow (Henk Pool/Joona Pietikäinen/Micky Skeel Hansen).

Containing a massive 16 tracks, the album continues the 60th Anniversary celebrations. Cliff reunites with Olivia Newton-John for the first time in 23 years on Everybody’s Someone (previous duets with Cliff Richard include 1980’s Suddenly and 1995’s Had To Be); the album also features four tracks using Sir Cliff Richard’s original vocals and newly recorded with the Royal Philharmonic Orchestra: Devil Woman, The Minute You’re Gone, Miss You Nights and Some People.

Cliff Richard released his debut single Move It in August 1958 and was credited with being the first British Rock ‘n’ Roll hit single, taking the traditionally American genre back from across the pond. Honouring this 60th Anniversary on 12 October 2018, a numbered limited edition 7” single of Rise Up will be released b/w the original B-side to Move It, the track Schoolboy Crush.

Cliff continues: “It was 14 years ago that I last made a record of original songs. That's quite a gap and I thought that was behind me, I thought I'd never get the chance to do it again and there it is – ‘Rise Up' is here.

3. Everybody’s Someone (duet with Olivia Newton-John)

11. Everything That I Am

13. The Minute You’re Gone (with The Royal Philharmonic Orchestra)

14. Miss You Nights (with The Royal Philharmonic Orchestra)

16. Some People (with The Royal Philharmonic Orchestra)