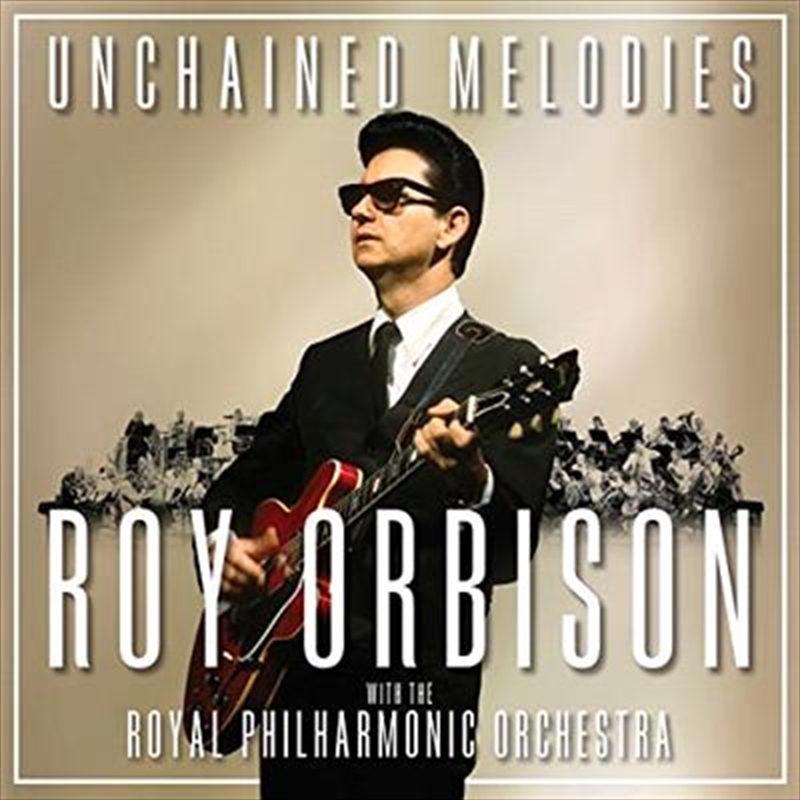 The follow-up to A Love So Beautiful features Roy Orbison vocal performances with brand-new orchestral arrangements by The Royal Philharmonic Orchestra, recorded at Abbey Road Studios.

Additional accompaniment from Roy’s three sons and backing vocals from their wives and children. That haunting voice, that unique look, those uplifting and emotional songs—there is only one Roy Orbison, and fans once again get to hear him in a new way on Unchained Melodies: Roy Orbison with The Royal Philharmonic Orchestra.

Working once again at the world-famous Abbey Road Studios, returning producers Nick Patrick and Don Reedman add elegant and spirited arrangements to accompany some of the most beloved gems from Orbison’s career—not only singles like “Blue Bayou,” “The Crowd” and “Crawling Back,” but fan favorites like “Heartbreak Radio” plus “California Blue,” “Danny Boy” and “Walk On,” three tracks that were included after Roy’s estate reached out to fans for their feedback.