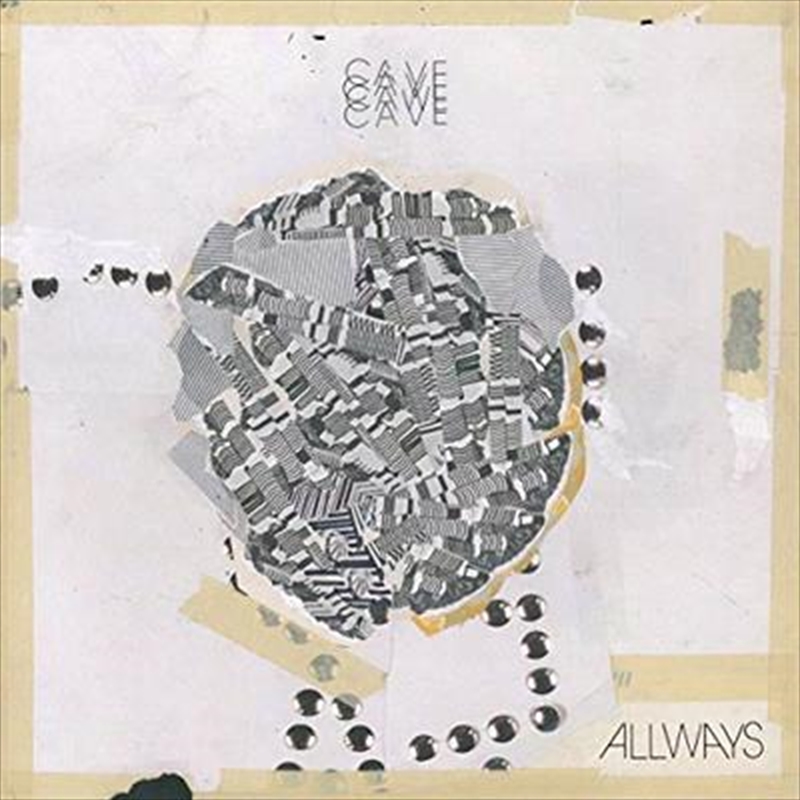 Tremors rhythmically shaking your place—the air’s gone electric! You’ve seen this kind of weather before… you weren’t expecting it today. This is the beginning of Allways. CAVE are kind of beyond time, though. You might feel like it’s been awhile since you’ve seen or heard them, but when you see or hear them again, that moment will feel like Allways. During the making of the last album, Threace, Cave was in the process of becoming a quintet. They toured the world afterwards, playing on four continents and eighteen countries—as close to everywhere as they could get. Then they took a minute. They recorded it over time, in Chile and then Chicago. You can hear all of this, the energy of liveness, the reps, and consolidating expanded possibilities within their new alignment, the time away, the distance, and the freshness of returning to recorded sounds, everywhere on All ways. Cave digs driving down into a pulse and staying there for as much of FOREVER as they can. In the past, much has been made of Cave's use of particular compelling tropes, but man, their inspiration comes from everywhere—Miles, psych, beats, exotica, library music, rock, punk, the Germans, the New York guys too, minimalists, the Dead, music from India, everywhere!

This is a bunch of guys playing rock-based music in a way that pushes them forward from everything they’ve experienced. When we listen to the new Cave, we’re hearing guitars, lots of ’em, bubbling under, scratching, fanning, locking in and taking off, soaring on acid-washed wings, with keys that pump, burr and whoosh in and out of the rhy thms. Fuck man, we’re even hearing vocals! We hear space, groove and rock, flying together. This is CAVE, Allways.