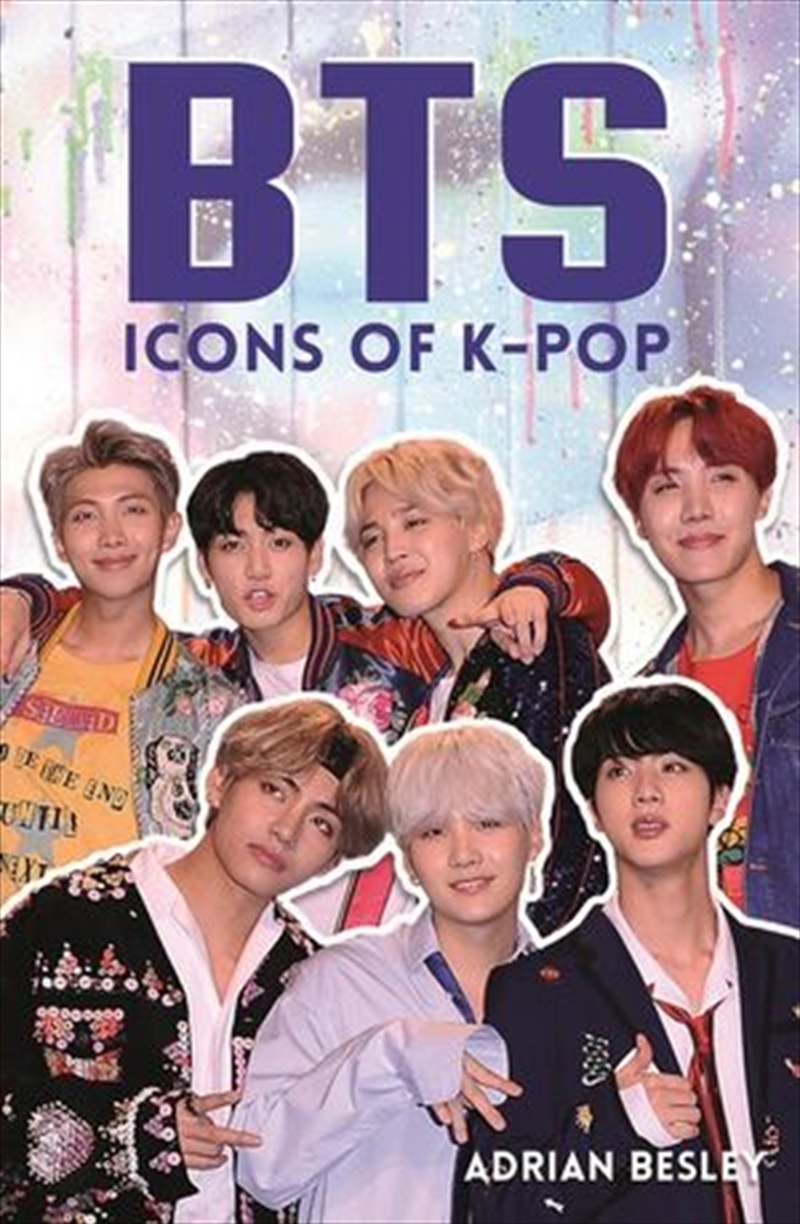 BTS is the breakthrough K-pop band. For the first time, this unofficial biography tells the story of the Korean boy band with a global army of fans, who have propelled their heroes to the top of the charts all over the world.

Seven good-looking boys - Jin, Suga, J-Hope, RM, Jimin, V and Jungkook - who can dance as well as they can sing, are tearing up the global music charts. Nothing new? Think again. BTS, who rose to fame in their native South Korea in 2013 and who sing almost entirely in Korean, are now a sensation in the US, the UK and the rest of the world.

K-pop is a growing phenomenon in the West. Over the last three years, it's steadily garnered a huge following among social-media-savvy teen girls. With their clean-cut good looks, fabulously choreographed and perfectly executed dance moves, and catchy blend of pop, soft hip hop and RnB, BTS are leading the advance.

- BTS's latest album 'Love Yourself: Her' reached No. 1 in the iTunes chart in the UK and over 70 other countries - They were recently profiled in US Vogue - the first K-pop band to be granted such an honour - The music video for their recent single 'DNA' has had nearly 260 million views on YouTube since September 2017 - The music video for 'MIC Drop ft. Steve Aoki' has had over 140 million views on YouTube since December 2017 - They won the 2017 Billboard Music Award for 'Top Social Artist', beating Justin Bieber, Ariana Grande and Selena Gomez - Listed by Forbes as the most retweeted artist on Twitter in March 2016 - and their fanbase has ballooned since then - Named in Time magazine's 'Top 25 Most Influential People on the Internet 2017' list - The boys recently embarked on a sold-out tour across the globe, with 40 dates across Asia, North America, South America and Australia

Extensively researched, and written in an upbeat and accessible style, this book interweaves the success stories of each of the boys with how the band got together, while documenting their amazing rise to fame in Southeast Asia, and then the world. It includes 16 pages of full colour photographs of the band playing live, posing and having fun.