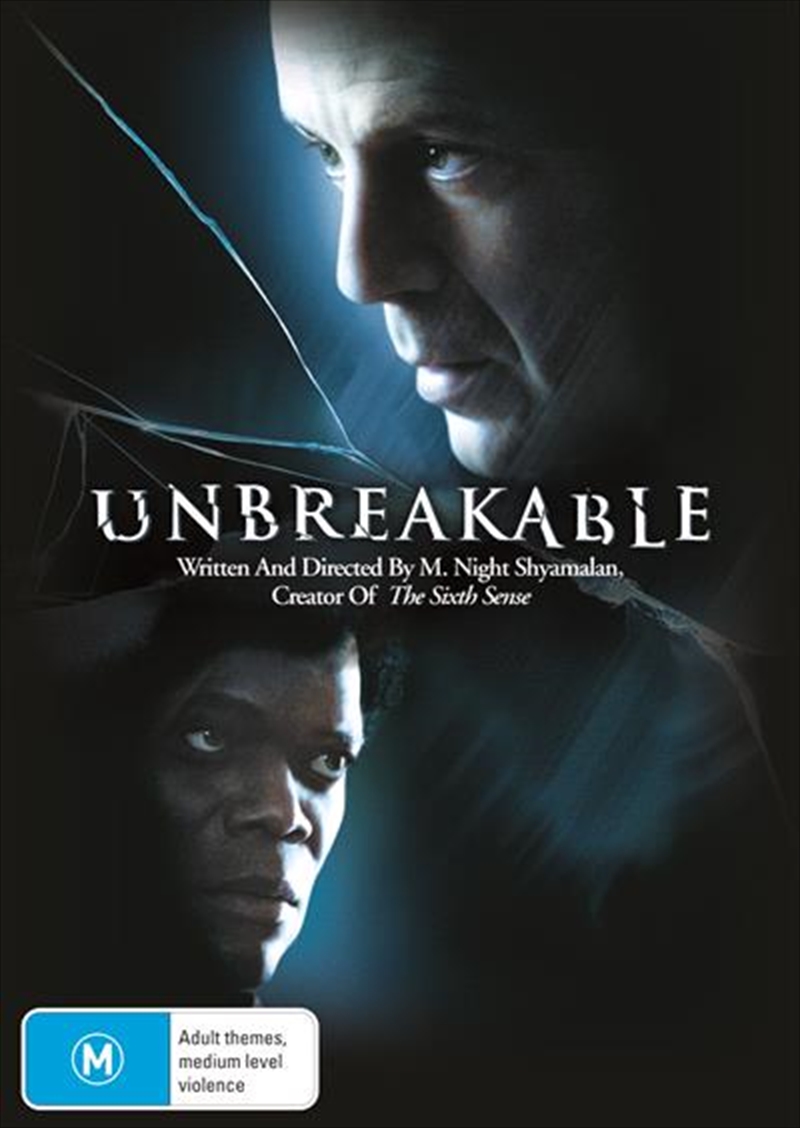 Bruce Willis (The Sixth Sense, Armageddon) and Samuel L. Jackson (Die Hard: With A Vengeance, Pulp Fiction) star in a mind-shattering, suspense-filled thriller that stays with you long after the end of this riveting supernatural film. When David Dunn (Willis) emerges from a horrific train crash as the sole survivor - and without a single scratch on him - he meets a mysterious stranger (Jackson) who will change David's life forever. Interrupting his life at odd moments, it's Elijah Price's presence and probing that force David to confront his destiny on a journey of self-discovery and purpose that will absolutely stun you with its power.
TRAILER
DETAILS