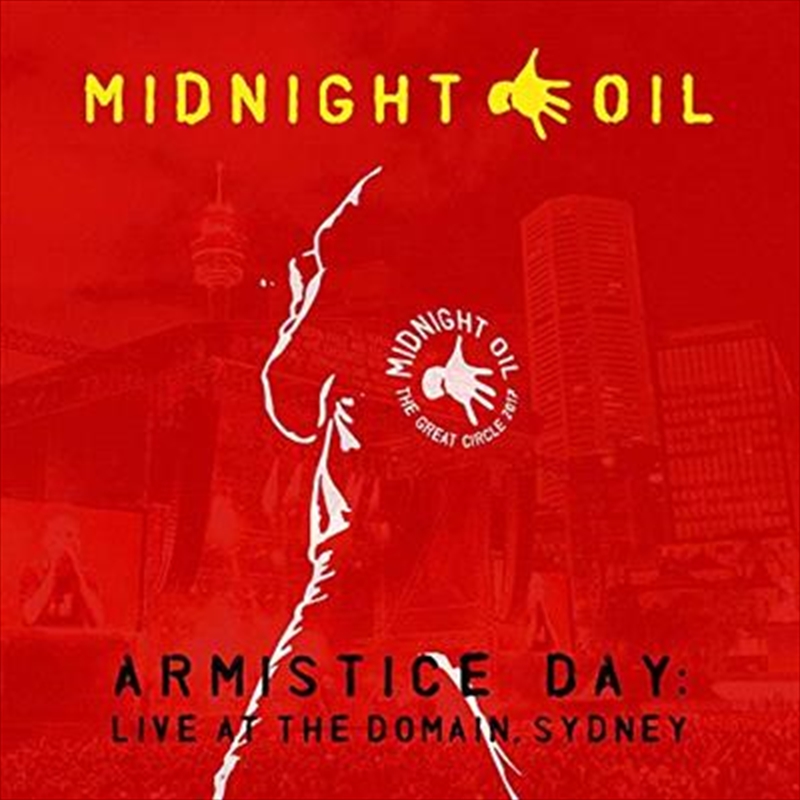 In February 2017 Midnight Oil take to Sydney Harbour and announce The Great Circle World Tour. The Circle will begin where the band started out - in Sydney’s pubs - then circumnavigate the globe. It will be their first tour in over 15 years.

Over the next 6 months Midnight Oil played in 16 countries across 5 continents - speaking out for a healthy planet and social justice along the way.

Eventually they returned to circle around Australia - the land that shaped the Oils and their music.

Finally this epic tour circled back to the city where it all began. The venue? Sydney’s Domain - a place that encapsulates a nation’s history. And so after 76 gigs to over half a million people around the world this is where The Great Circle would finally come to a close. Two hometown shows in this special place. The first date? November 11. Known to some as Armistice Day.

12 Power and the Passion

2 Don't Wanna Be the One

3 Put Down That Weapon

7 No Times for Games

13 King of the Mountain