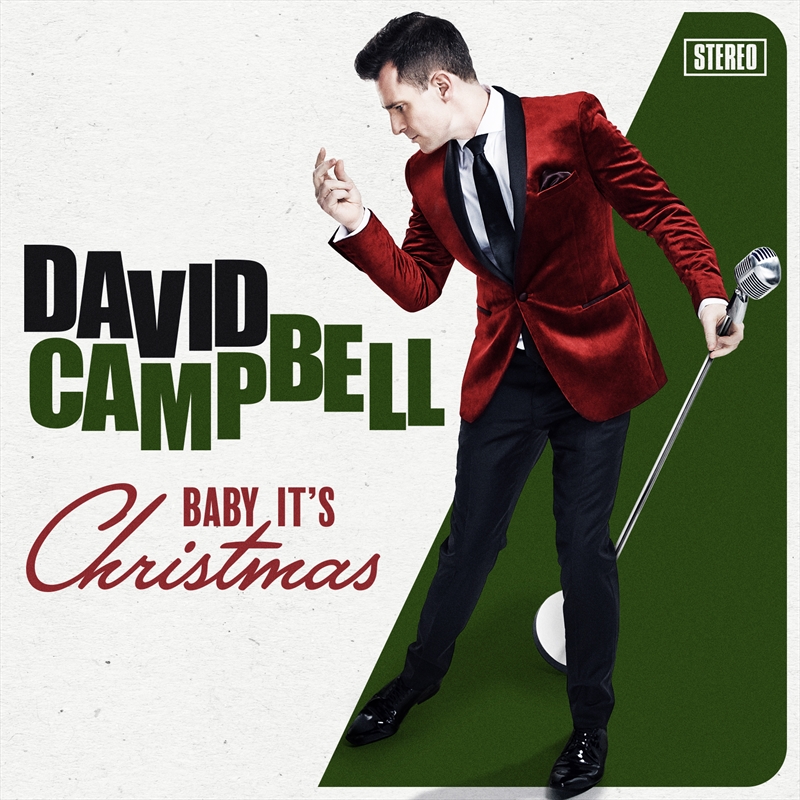 David Campbell is one of Australia’s most popular and versatile entertainers. A proven television and radio host, he also headlines theatre, cabaret and concert performances, as well as being a multi-platinum recording artist.  David and Sonia Kruger are the popular hosts of the national Today Extra show for the Nine Network, as well as the beloved annual Carols by Candlelight telecast .

Hi. My name is David and I am a Christmas Tragic. I am guessing if you going to pre-order this album, you are too. I could blame my Grandmother who used to a set up an elaborate treasure hunt to find my present each Christmas morning. I would get up at dawn in Adelaide, the sun beating down, trying to find where she and Santa had hidden my Han Solo Blaster.

I can also trace the roots of my love for this season to spending several years in New York at Christmas time. It would be freezing, with the Christmas lights shining over the already neon lit city, making it look like a movie. I would buy a bag of chestnuts which had been warming at a street vendor's stall and watch people ice-skate beneath a gigantic, sparkling tree at Rockerfeller Centre.

The thrill of the season really escalated with the first year I became a parent. As a family we could start our own traditions. I wanted Leo and then Billy and Betty to love this time and its music as much as their Mother and I did. So the epic Campbell Family Playlist began. Taking Sinatra and Nat Cole from my Grandmother’s collection, to Mariah Carey, The Pogues and of course The Tin Lids.

So when the idea came about to do a Christmas album I didn’t hesitate. I only had to narrow down my favourites… which was so hard. I am thankful that Rick Price wrote a brand new Christmas standard to add under this musical mistletoe.

My wish is that this collection of songs gets added to your Festive schedule. From trimming your tree, to wrapping the presents or maybe even the family Christmas dinner.

I hope your Christmas is happy and safe.

From my family to yours

5. WHEN MY HEART FINDS CHRISTMAS

6. IT’S THE MOST WONDERFUL TIME OF THE YEAR

8. ROCKIN’ AROUND THE CHRISTMAS TREE