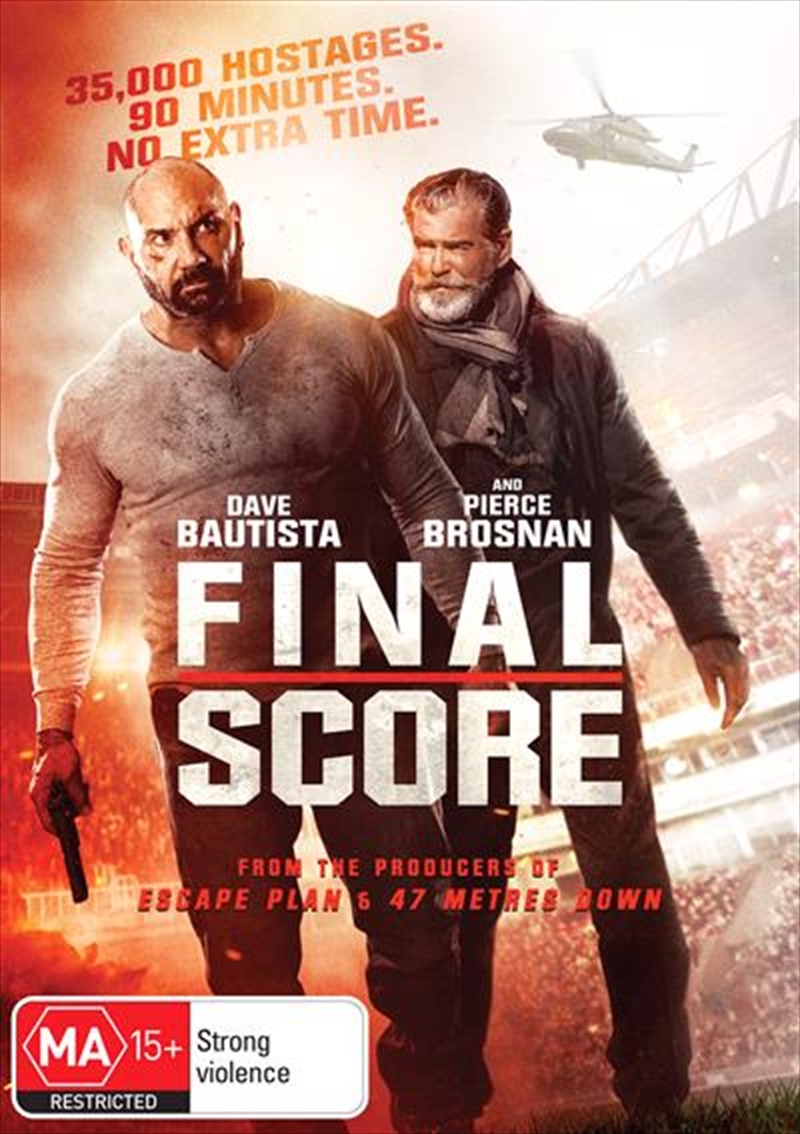 In this explosive action thriller, a group of heavily armed terrorists take control of a football stadium packed with 35,000 spectators. Ex-Marine Michael Knox (Dave Bautista), who is attending the game with the daughter of a fallen comrade, is forced to use his lethal fighting skills and everything at his disposal to save the hostages and prevent mass destruction. From the Producers of Escape Plan and Den of Thieves, Final Score co-stars Pierce Brosnan, Ray Stevenson, Amit Shah and packs a bruising punch of heart-stopping entertainment.