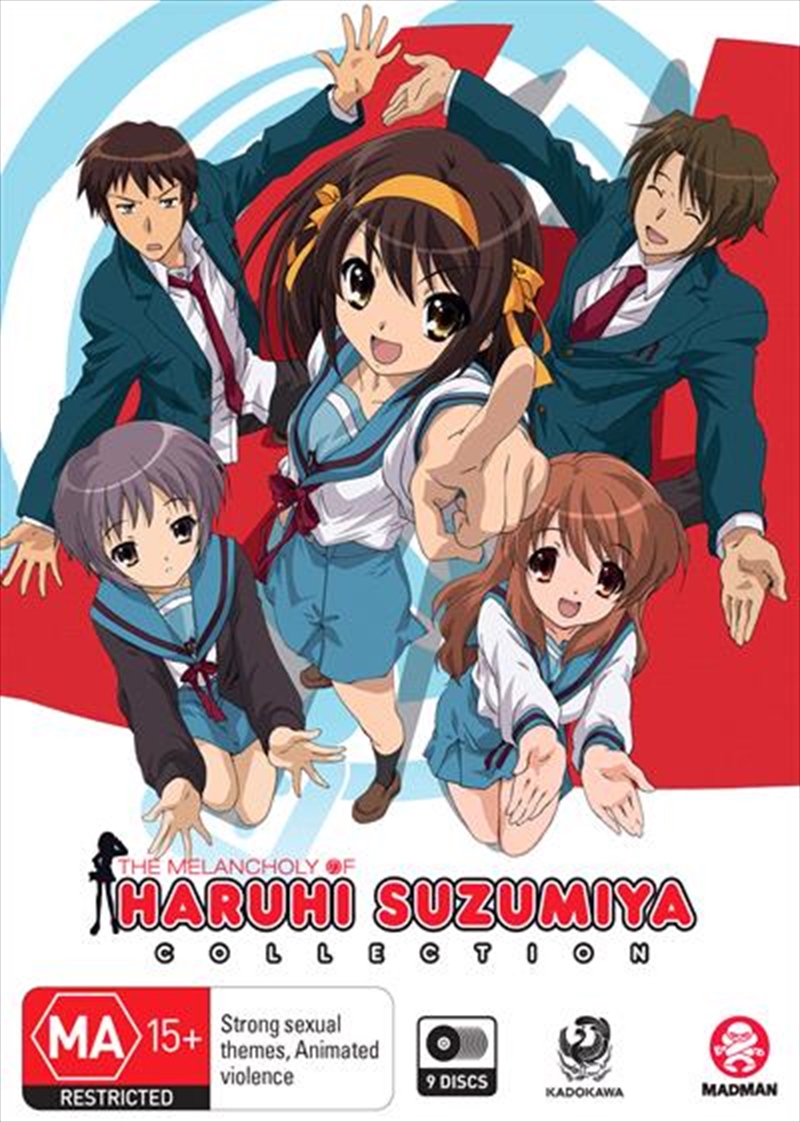 Shipping - See delivery options.
Postcode:
Quantity:
SEE MORE IN:
2 for $50 TV 2 for $50 Anime
The fate of the world rests on Haruhi not being bored?!

I thought that when I entered high school, my days of believing in aliens, time travelers and ESPers were going to be over. That is, until she introduced herself. Claiming to be interested in only aliens, time travelers, and ESPers, Haruhi Suzumiya was the strangest girl I've met in a long time... Before I knew what's going on, I've been dragged into her weird club, and it looks like I'm not the only one who has been drafted into this SOS Brigade of hers, because there are three other students who don't seem to be so ordinary themselves. Either way, we've all found ourselves caught up in Haruhi's quest to search for all things extraordinary. And what's this I hear about us making a movie? Includes seasons 1 and 2 and the Movie.