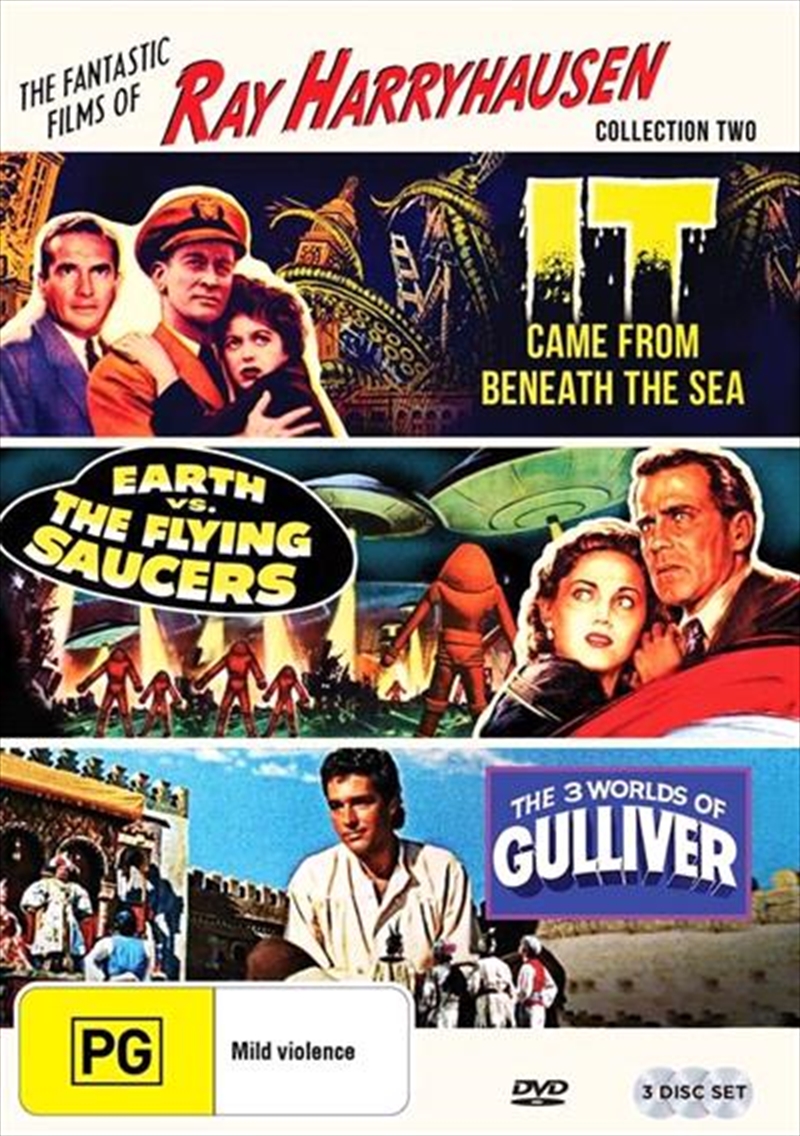 The stop-motion animation by legendary special effects maestro Ray Harryhausen comprised some of the most visually stunning effects in film history. Collected here are three more of his most-loved films in this Ray Harryhausen Collection Vol. Two. Blast off with the space and fantasy adventures included in the 3 Worlds OF Gulliver, It Came from Beneath the Sea and Earth vs the Flying Saucers.
3 Worlds of Gulliver - One of the most complicated films of its time, THE 3 WORLDS OF GULLIVER is both an enchanting fantasy and a captivating visual treat. Because the story line calls for scenes that juxtapose forty-foot giants with six-inch-tall people, special effects wizard Ray Harryhausen perfected a state-of-the-art trick photography process.
It Came from Beneath the Sea - A giant stop-motion-animated octopus (with six arms) attacks San Francisco. A pair of scientists and a nuclear sub captain try to stop it before it tears down the Golden Gate Bridge.
Earth vs. the Flying Saucers - While driving through the desert with his wife Carol Marvin to a military base to send the eleventh rocket to the orbit of Earth for helping the exploration of the outer space in the Operation Sky Hook, Dr. Russell A. Marvin and Carol see a flying saucer and accidentally records a message in their tape recorder.