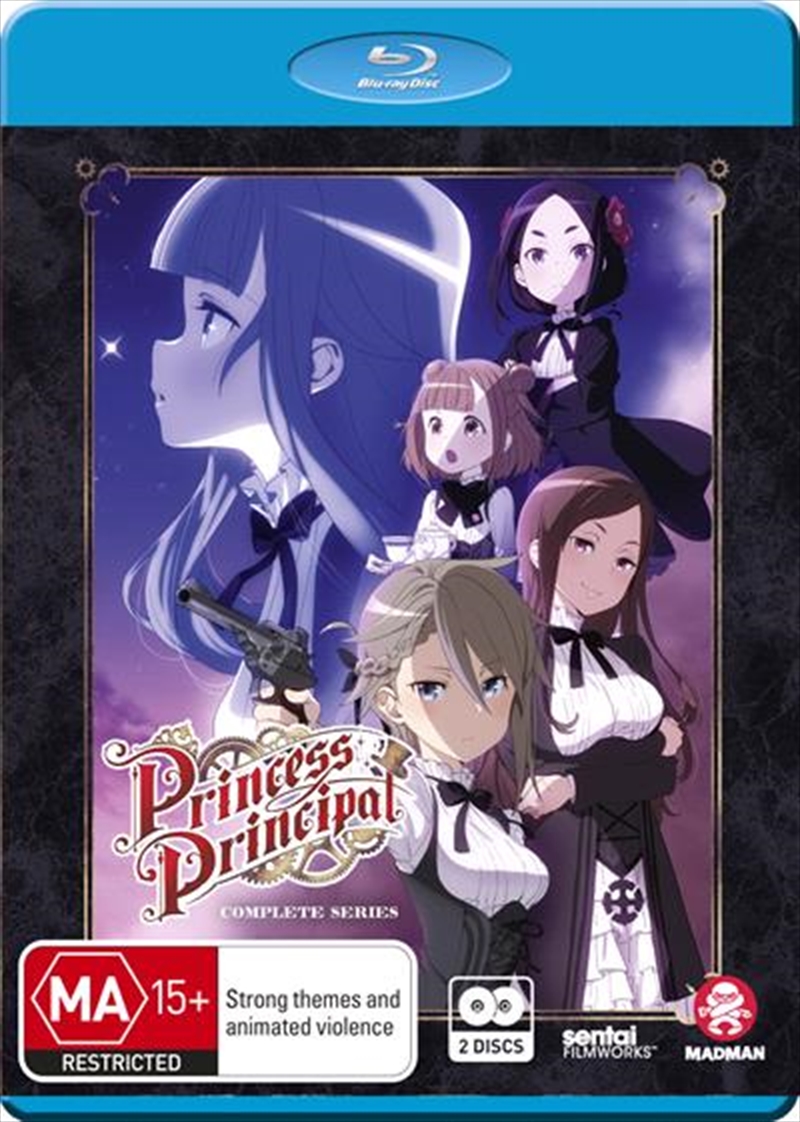 Early in the 20th century, the discovery of Cavorite, an anti-gravity substance, gave birth to a technological renaissance including the development of giant airships and other fantastical inventions. However, the scientific revolution was not the only one afoot, as Great Britain was torn in two by an armed rebellion when the oppressed poor finally turned on the ruling elite. Now the Commonwealth has a plan to take Albion by stealth, substituting their undercover operative Ange for the beautiful young Princess Charlotte. But Charlotte and Ange both have surprises in store for their respective governments and instead hatch a plan wherein the Princess herself will act as an agent in exchange for help in claiming the throne! A dazzling team of femme fatales sets out to rule Britannia and English History will never be the same in PRINCESS PRINCIPAL!