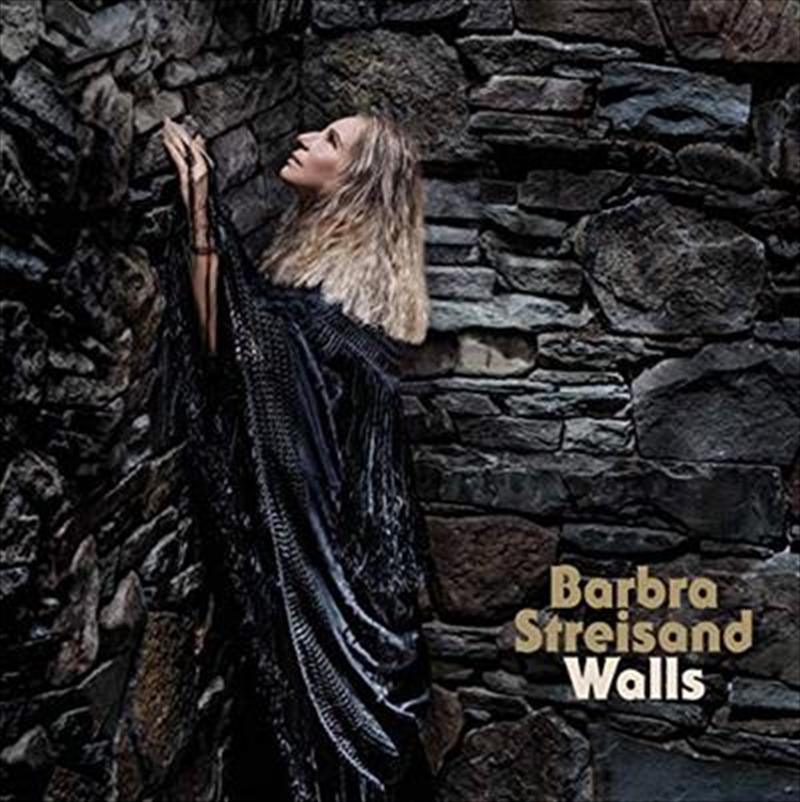 WALLS is Streisand’s first album primarily consisting of original songs since 2005, and the first Barbra Streisand album to encompass a unified social theme. Led by the passionate plea, ‘Don’t Lie To Me,’ Streisand shares the guiding principles and values she has believed in, spoken about, and fought for her entire life.

WALLS finds Barbra exploring both her concerns and hopes for the future in a collection filled with beautiful melodies and thought-provoking lyrics. In addition to the three original tunes which the Oscar-winning songwriter contributed to, the songs on WALLS explore topics near to the celebrated artist’s heart. Streisand also brings a fresh perspective to the classic songs ‘Imagine’ and ‘What A Wonderful World,’ and the Bacharach/David pop standard ‘What The World Needs Now.’ The penultimate song that Streisand sings is a timely one called ‘Take Care Of This House’ by the legendary composer Leonard Bernstein and lyricist Alan Jay Lerner.

Streisand’s ‘What’s On My Mind,’ the first song she conceived of for WALLS, ‘Don’t Lie To Me’ and ‘The Rain Will Fall’ all speak to core issues she believes in. For all her many record-breaking and award-winning accomplishments as a singer, actress, film director, producer, screenplay writer, author and songwriter, Streisand’s dedicated social activism and commitment to philanthropy have always equalled her artistic passions.

To serve her inspirational themes, she shares production and arrangement duties on the new album with Walter Afanasieff, John Shanks and David Foster – all Grammy recipients for Producer of the Year – and Songwriter Hall of Fame recipient Desmond Child.  Streisand’s vision also comes through on the defining title track ‘Walls,’ with lyrics specifically written for the album by revered Streisand collaborators Alan & Marilyn Bergman.

Over the course of her astonishing career, Streisand has recorded a number of songs that address the human condition. Recognized as one of the foremost interpreters of contemporary song, ‘Don’t Lie To Me,’ and the other songs on Walls are sure to add to her enduring legacy as an award-winning singer and songwriter. In 1977, she became the first woman to win an Oscar for composing the music to the timeless standard ‘Evergreen’ (Love Theme from A Star Is Born), which also went on to win the Grammy for Best Original Song and the Golden Globe. In addition, she has been duly recognized throughout her career for compositions on film projects emblematic of her songwriting gifts.

Streisand is the only recording artist in history to achieve a #1 Album in six consecutive decades. She has recorded 52 gold, 31 platinum and 13 multi-platinum albums in her career. She is the only woman to make the All-Time Top 10 Best Selling Artists list. Streisand has had 34 albums make the Top 10 on the US charts, the only female artist to have achieved this milestone, tying her with Frank Sinatra. She is also the female artist with the most number one albums in Billboard’s history. Widely recognized as an icon for her artistic achievements, she has been awarded two Oscars, ten Grammys including two special Grammys, five Emmys, three Peabodys, and eleven Golden Globes including the Cecil B. DeMille Award. In 2015, President Barack Obama presented her with the highest civilian honour the United States bestows, the Presidential Medal of Freedom. She had already received the National Medal of Arts from President Clinton in 2000, as well as France’s prestigious Legion of Honor.

3. Imagine / What A Wonderful World

6. What The World Needs Now

9. The Rain Will Fall

10. Take Care Of This House