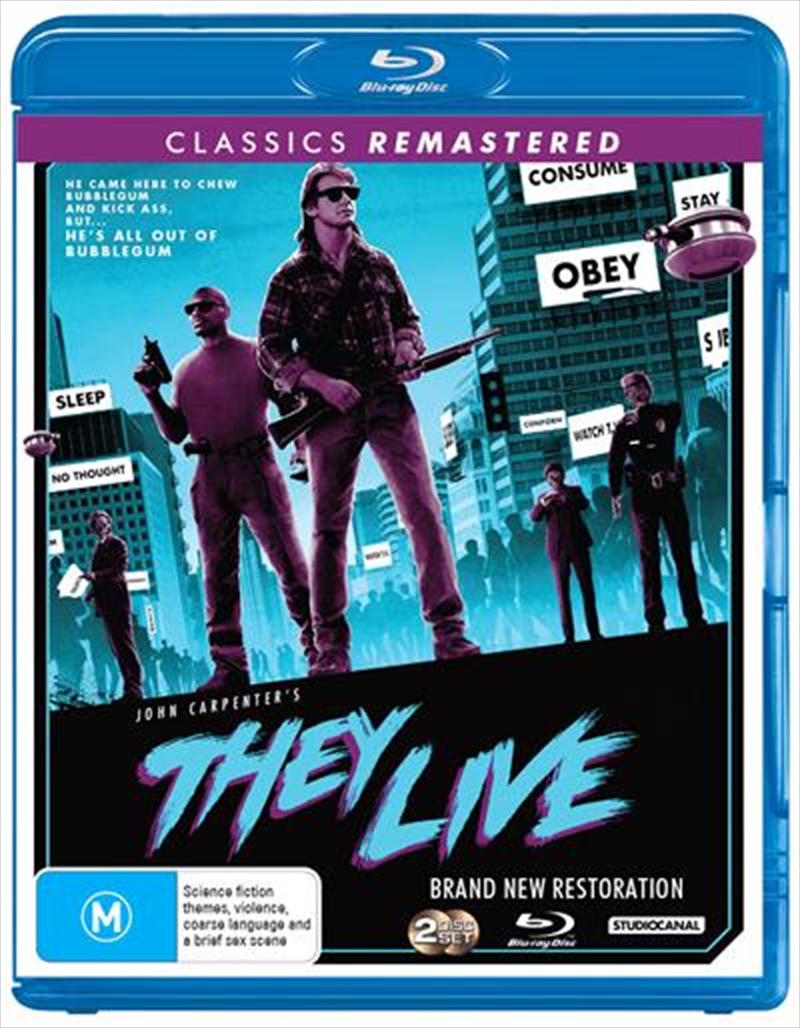 Obey or else - Alien invasion of the subliminal kind...

A drifter discovers a pair of sunglasses that allow him to wake up to the fact that aliens have taken over the Earth. Nada, a down-on-his-luck construction worker, discovers a pair of special sunglasses. Wearing them, he is able to see the world as it really is: people being bombarded by media and government with messages like "Stay Asleep", "No Imagination", "Submit to Authority". Even scarier is that he is able to see that some usually normal-looking people are in fact ugly aliens in charge of the massive campaign to keep humans subdued.
DETAILS