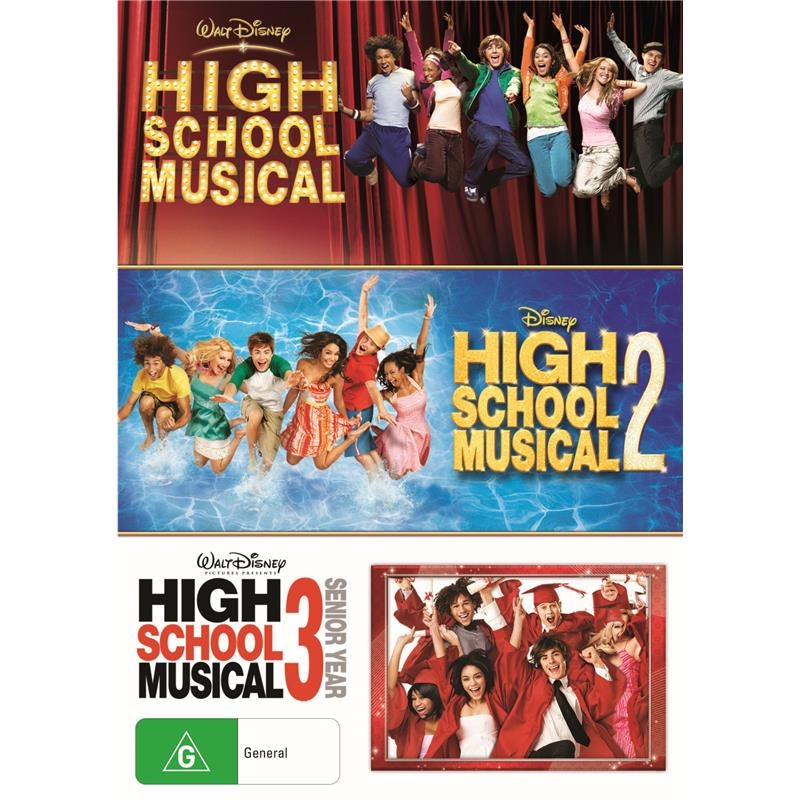 High School Musical
Troy (Zac Efron), the popular captain of the basketball team, and Gabriella (Vanessa Anne Hudgens), the brainy and beautiful member of the academic club, break all the rules of East High society when they secretly audition for the leads in the school's musical. As they reach for the stars and follow their dreams, everyone learns about acceptance, teamwork and being yourself. And it's all set to fun tunes and very cool dance moves! Featuring the hottest talent, High School Musical celebrates the power of music in this hip, entertaining, gotta-get-up-and-dance movie.

High School Musical 2
The East High Wildcats are ready to have the time of their lives. Troy (Zac Efron) is thrilled when he's offered a job in a country club, but it's all part of Sharpay's (Ashley Tisdale) plot to lure him away from Gabriella (Vanessa Hudgens). How will it all turn out? All questions are answered on the night of the club's Talent Show.

High School Musical 3: Senior Year
It's almost graduation day for high school seniors Troy, Gabriella, Sharpay, Chad, Ryan and Taylor - and the thought of heading off in separate directions after leaving East High has these Wildcats thinking they need to do something they'll remember forever. Together with the rest of the Wildcats, they stage a spring musical reflecting their hopes and fears about the future and their unforgettable experiences growing up together. But with graduation approaching and college plans in  question, what will become of the dreams, romances, and friendships of East High's senior Wildcats?