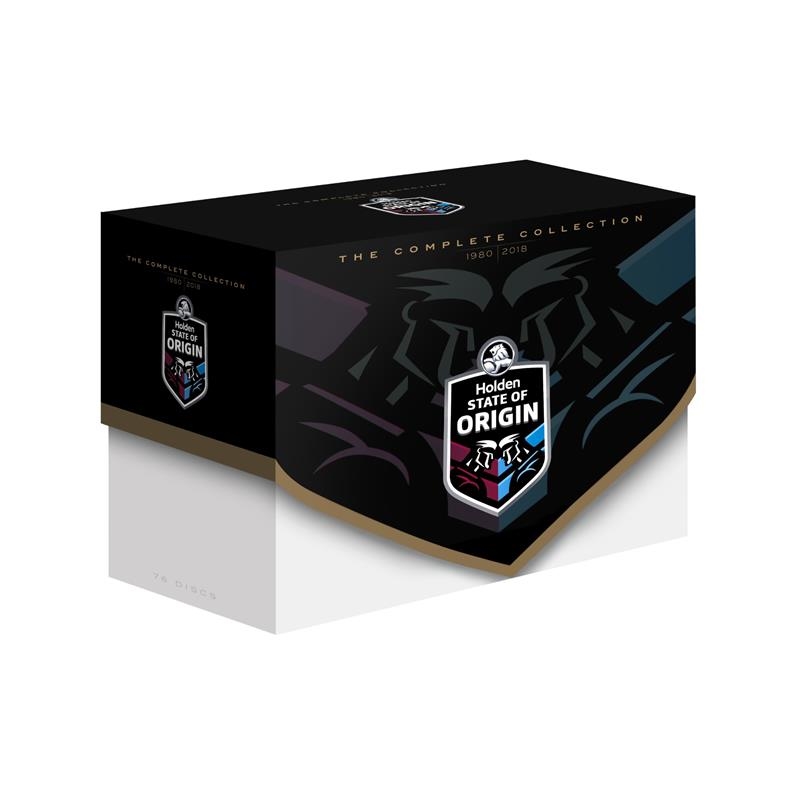 Shipping - See delivery options.
Postcode:
Quantity:
SEE MORE IN:
Up To 50% Off Boxsets Everything NRL State of Origin

For Queenslanders and New South Welshmen, State of Origin is more than just a sporting event, it is a bona fide phenomenon that captures the hearts and minds of sports fans – both parochial and casual – across the two States. Regarded by many commentators as the pinnacle of Rugby League, the annual State Of Origin series has provided our game with some of its greatest moments, as generations of fans have borne witness to incredible feats of skill and courage.

Now, step back in time and witness the birth of a phenomenon as Artie Beetson inspired his underdog Maroons to victory in the first ever State of Origin game in 1980, sparking Queensland’s early domination of the format. Relive Steve Mortimer’s heroics during the Blues’ first Origin series win in 1985, and the unheralded debut of ‘The Little General’, Allan Langer, in 1987. Experience the epic 1991 series and the famous clash between Wally Lewis and Mark Geyer, along with the Blues’ domination of the mid-1990s under the leadership of Laurie Daley and Ben Elias. Behold the spirited Origin contests played during the Super League war, as a new generation of superstars including Andrew Johns and Darren Lockyer emerged on the game’s biggest stage. The dramatic drawn series of 1999 and 2002; the Blues’ ascendancy of the new millennium; the Maroons’ unprecedented 8-straight series wins; and Brad Fittler’s ‘Baby Blues’ 2018 series victory – all these memories and more are now etched into Origin folklore, embodying the spirit of this remarkable contest.

Here, we present a fitting tribute to State of Origin with this comprehensive DVD collection of every game played from 1980 to 2018.