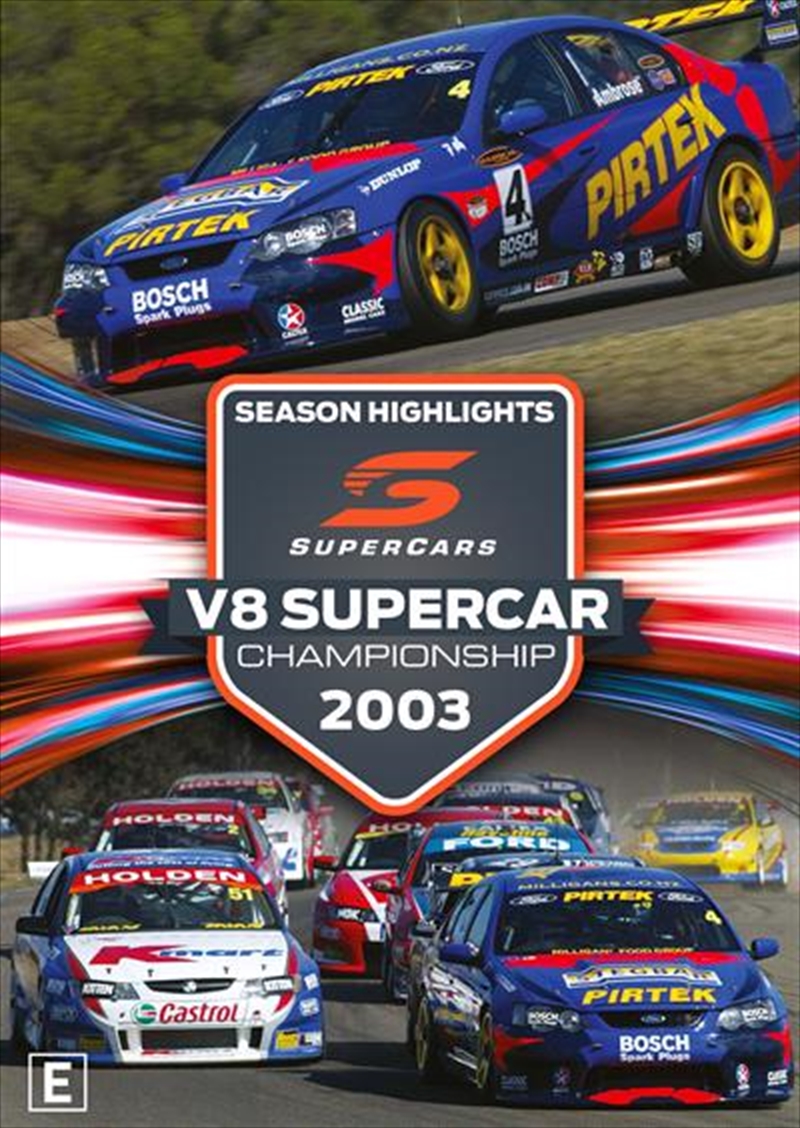 Shipping - See delivery options.
Postcode:
Quantity:
SEE MORE IN:
Shocking Clearance Movies & TV Clearance $5 Movies & TV Shows
The 2003 V8 Supercar Championship was a year of change: a year of spectacular on track action, and the emergence of a new champion. Relive the greatest moments as 35 drivers battle it out for the ultimate prize the V8 Supercar Champion crown.Watch Craig Lowndes first win in Ford colours; Holden Racing Teams Mark Skaife and Todd Kellys dramatic Sandown 500 victory and recapture Marcos Ambroses stranglehold on the 2003 Series as Ford returns to the winners circle.Dont miss a second of the hear-stopping V8 Supercar action in a Touring Car Championship Series that has become renowned as the best in the world.