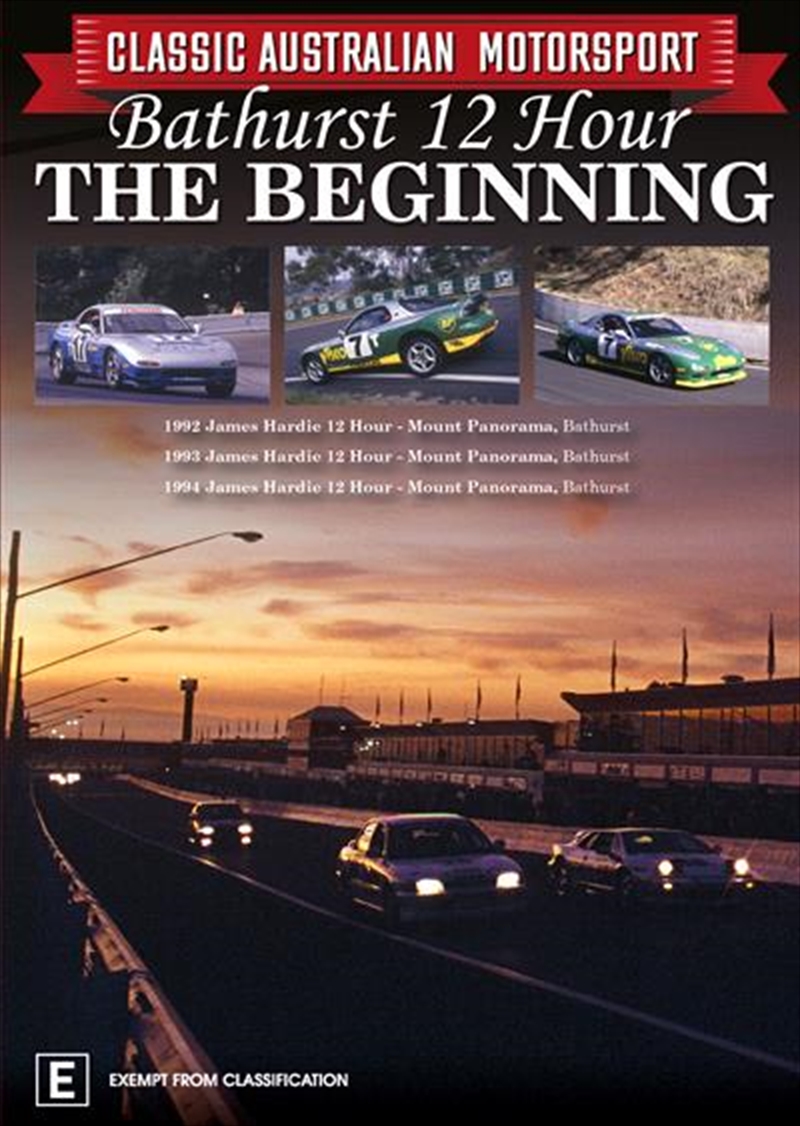 Shipping - See delivery options.
Postcode:
Quantity:
SEE MORE IN:
Magic Moments Of Motorsport Shocking Clearance Movies & TV Clearance Movies & TV Under $10
Its grown into one of the worlds classic GT races these days but on this very special release was take a look back at the production car-based early years of the Bathurst 12 Hour. We've compiled the highlights from the 1992, 1993 and 1994 James Hardie 12 Hour at Mount Panorama, Bathurst, on this compilation plus included some of the action from the inaugural race held at Easter in 1991. While the Toyota Supra of Peter Fitzgerald, Allan Grice and Nigel Arkell won the first Bathurst 12 Hour, Mazda dominated the subsequent years with its ultra-impressive RX-7, even despite a tough time from the Porsche 968 Clubsport squad in 93 and 94.Youll see some big Bathurst names in action in unique cars in these races including Peter Brock in a six-cylinder Commodore and a Peugeot 405, Allan Grice in a V8 Commodore Ute, Glenn Seton and Colin Bond in a Saab and Dick Johnson aboard a Laser TX3 Turbo among many others - there are too many to list!Sit back and enjoy this trip down memory lane with the early years of the Bathurst 12 Hour from Easter between 1991 and 1994.