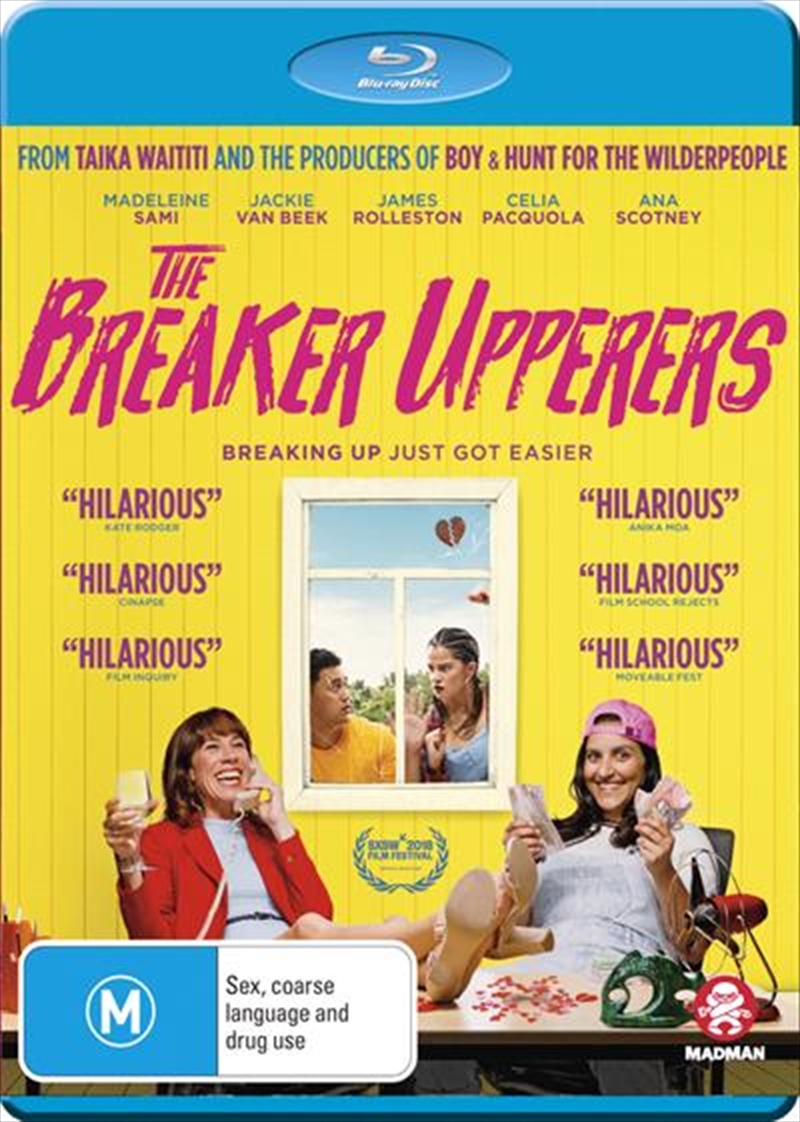 Breaking up just got easier

Fifteen years ago, Mel (Madeleine Sami) and Jen (Jackie van Beek) discovered they were being two-timed by the same man. Bitter and cynical they became fast friends and formed The Breaker Upperers, a small-time business breaking up couples for cash. Now they're in their late-thirties and business is booming. They're a platonic, codependent couple who keep their cynicism alive by not getting emotionally involved with anybody else. But when they run into an old victim, Mel develops a conscience and their friendship is truly put to the test.
TRAILER
DETAILS