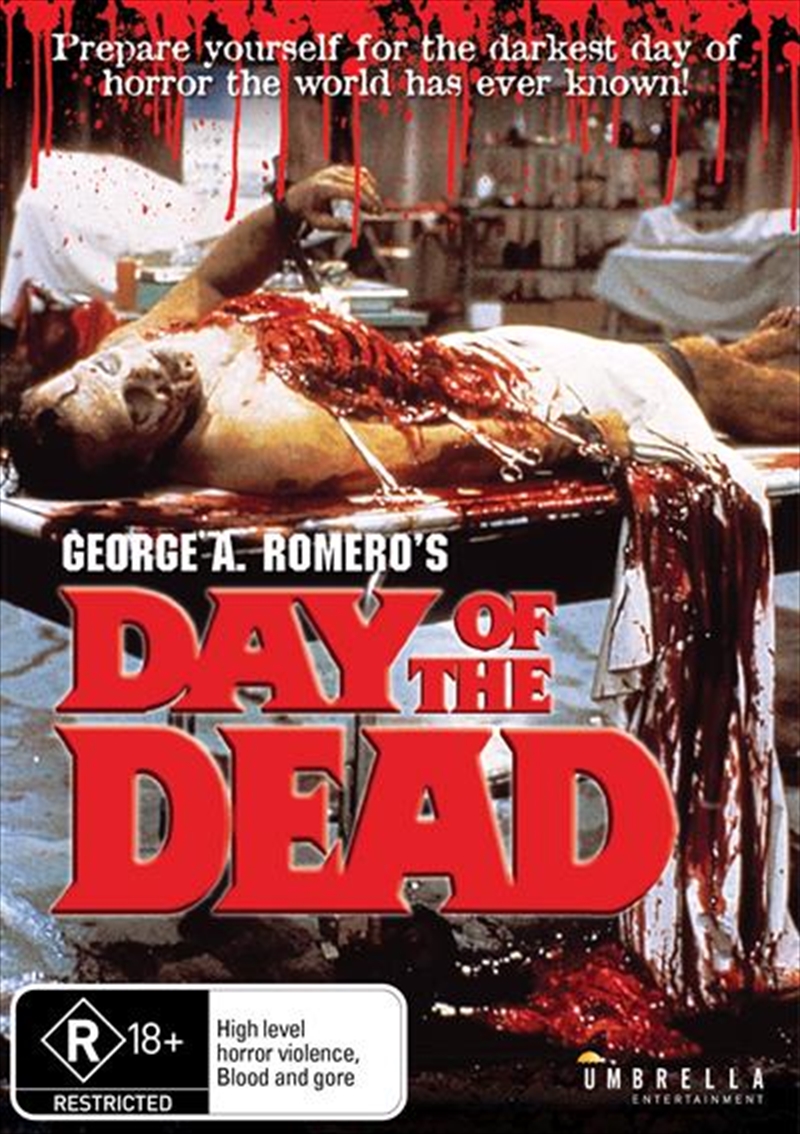 DESCRIPTION
The darkest day of horror the world has ever known.

Day of the Dead displays plenty of guts, as FX Maestro Tom Savini really comes of age with an amazing splatter platter of sliding guts, faceless zombie freaks, and provocative new makeups delivered with a chunk-blowing gusto deserving of the highest praise." - Chas Balun, Beyond Horror HolocaustIn horror maestro, George A Romero's gruesome follow-up to the acclaimed Dawn of the Deadthe flesh-eating undead have wiped out every last vestige of the civilized world and now outnumber the living 40,000-to-one!Hidden deep within a fortified underground missile silo an isolated and increasingly unstable ragtag group of scientists and soldiers continue to work to find a cure for this unstoppable plague. Tensions soon escalate between a maniacal bloodthirsty military leader and a borderline mad scientist and spark a climactic assault on the bunker by thousands of zombies... one final battle for humanity's survival.Named by Romero as his favourite "dead" movie, Day of the Dead showcases his tight, taut direction and unleashes a cavalcade of non-stop zombie carnage courtesy of gore wizard Tom Savini.Day of the Dead is proudly presented in all of their gut-munching glory, UNCUT, UNCENSORED and in WIDESCREEN.
TRAILER
DETAILS

Title: Day Of The Dead