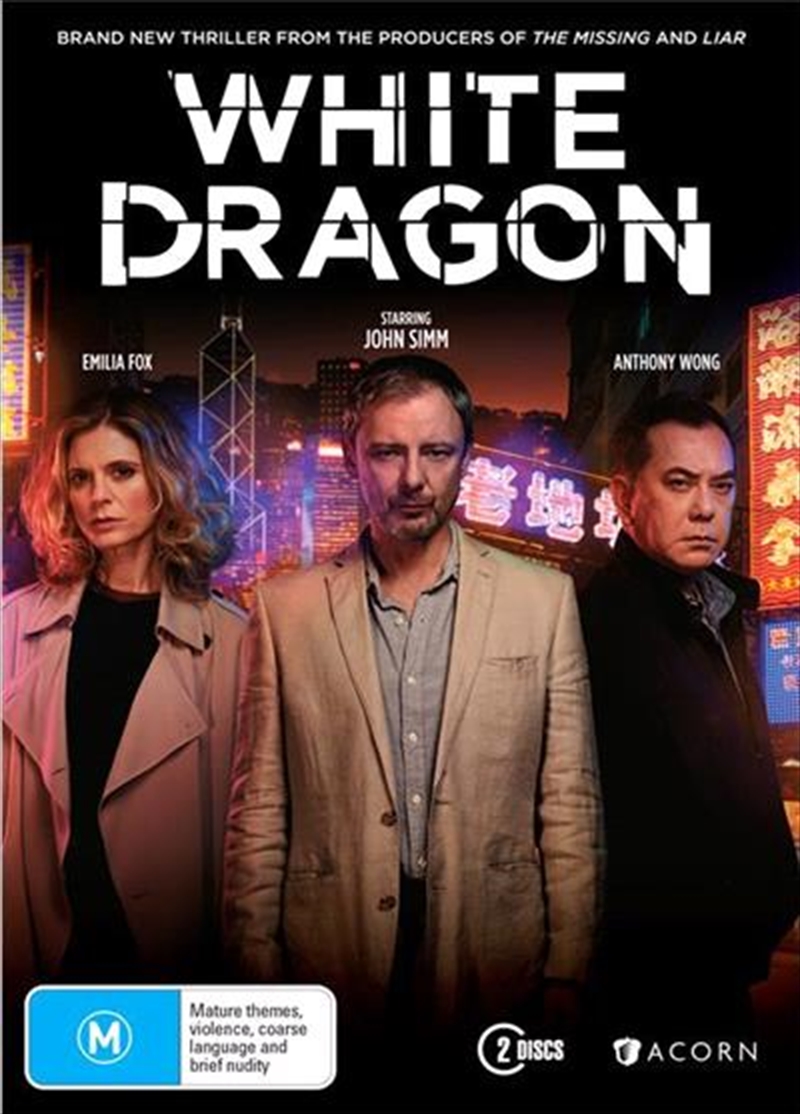 University lecturer Jonah Mulray's world is turned upside down when his wife Megan, a high-ranking international development worker, is killed in a car accident on a mountain road outside Hong Kong. Overcoming his fear of flying, Jonah jets out from London to identify the body. Alone in an unsettling alien environment, given the run-around by overworked and underpaid local cops and haphazardly assisted by the British Consulate, Jonah discovers that the accident is not all it seems. Megan had been living a dangerous double life that left her exposed to sinister business interests. A web of conspiracy deepens as the evidence points to murder. White Dragon is a character-driven emotional thriller - there are elements of Lost In Translation coupled with The Descendants, underpinned by a propulsive hook-laden serial narrative. Our setting is the neon-suffused hyper-modern island of Hong Kong, a place in constant motion, and the perfect metaphor for the series.
DETAILS