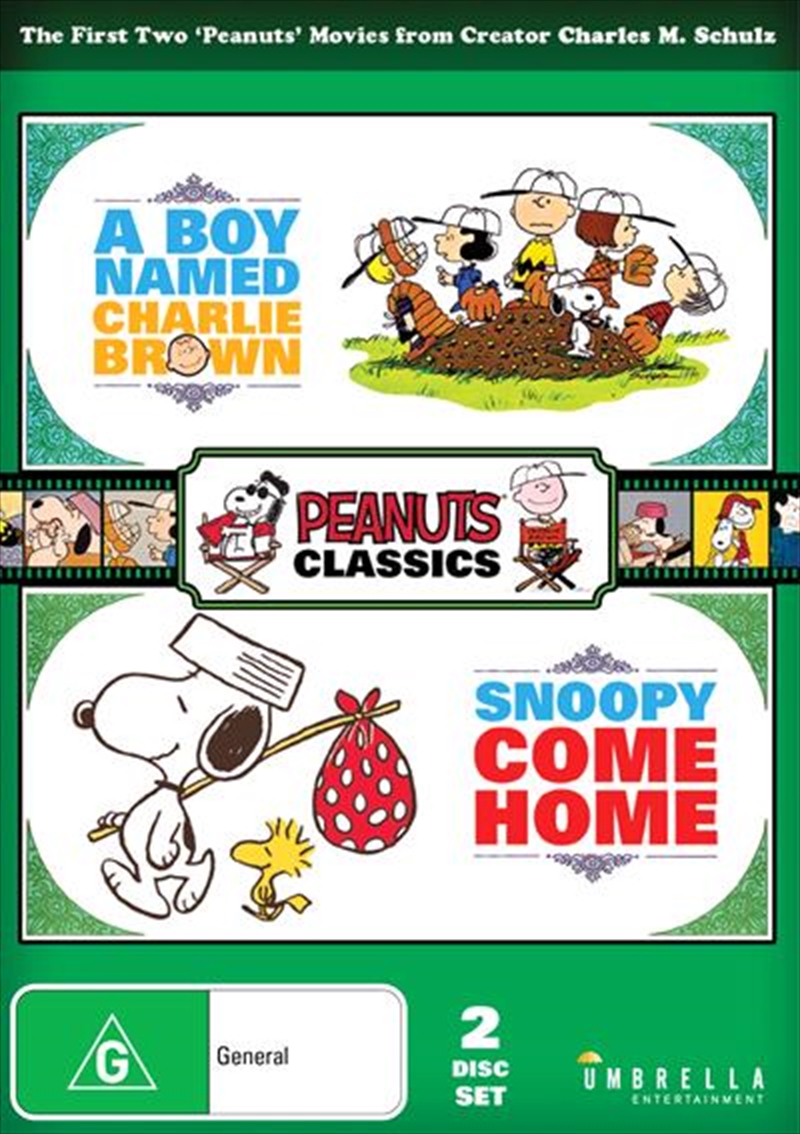 Shipping - See delivery options.
Postcode:
Quantity:
SEE MORE IN:
Snoopy and Charlie Brown Movie Collections
DESCRIPTION
A BOY NAMED CHARLIE BROWN - The first animated feature-length film based on Charles M. Schulzs beloved and ever-popular Peanuts comic strip, A Boy Named Charlie Brown has the pint-sized hero step up to the challenge, face his fears and show the world what he is truly made of. When Charlie Brown enters the school spelling bee, the doubtful and openly-honest Lucy predicts his abject humiliation. But with the help of his best friend Linus and faithful dog, Snoopy, Charlie Brown sets out to surprise his detractors in order to attend the national spelling bee in New York City.Nominated for an Oscar in 1971 for Best Original Music/Song Score by Vince Guaraldi, A Boy Named Charlie Brown projects the innocence of Schulzs charming characters with glee and takes them on a most spectacular adventure.
SNOOPY COME HOME - Charles M. Schulzs Peanuts has become one of the most successful comic strip creations in history, etching its way into popular culture and paving the way for many cartoons such as The Flintstones and The Simpsons. In this follow up to A Boy Named Charlie Brown, Snoopy finds himself caught between two owners and challenged to remain true to himself. When Snoopy receives a letter from his original owner Lila, who is in hospital, his heartstrings are torn and his conscience is haunting him. Along with his bird friend Woodstock, Snoopy ventures out and visits ailing Lila, making his way across the country. But when Lila gets better and asks Snoopy to live with her, he must choose between obedience to a master and love to a friend.Written by Schulz, with a much-admired score by Oscar winners Richard and Robert Sherman (Mary Poppins, Chitty Chitty Bang Bang) and featuring the on-screen debut of feathered friend Woodstock, Snoopy Come Home is a fun-loving animated adventure for the whole family.
DETAILS