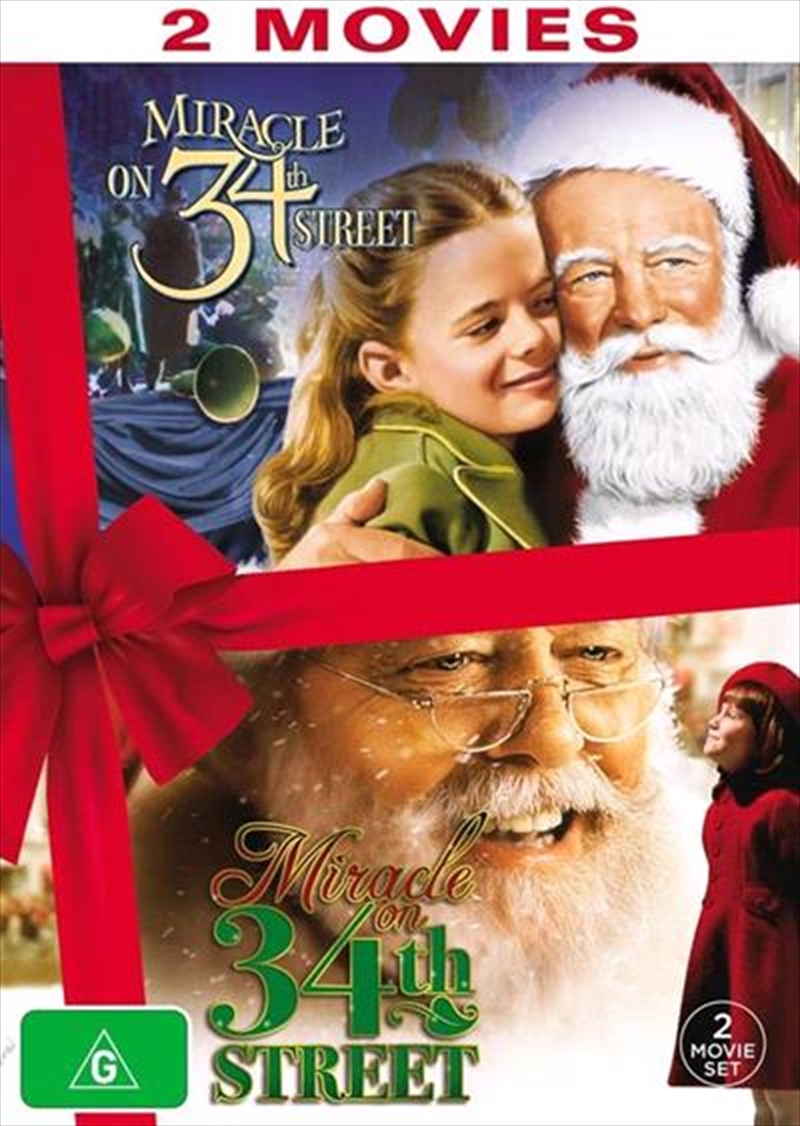 DESCRIPTION
Miracle on 34th Street (1947) Miracle on 34th Street is an irresistible fable that has, for many, become synonymous with celebrating Christmas. The holiday season is in full swing when a cultured gentleman with twinkling eyes, an ample belly, and a snowy beard (Edmund Gwenn) is hired as Macy's department store Santa. He claims his name is Kris Kringle, and soon fills everyone with Christmas spirit - except for his boss, Doris Walker (Maureen O'Hara), who's raising her daughter Susan (Natalie Wood) to not believe in Santa. But when Kris is declared insane and put on trial, everyone's faith is put to the test as old and young alike face the age old question: Do you believe in Santa Claus?
Miracle on 34th Street (1994) In this holiday "miracle", based on the famous 1947 film classic, a little girl discovers dreams can come true if you really believe. Six-year-old Susan Walker has doubts about childhood's most enduring miracle - Santa Claus. Her mother told her the "secret" about Santa Claus a long time ago, so Susan doesn't expect to receive the most important gifts on her Christmas list. But after meeting a special department store Santa who's convinced he's the real thing, Susan is given the most precious gift of all - something to believe in.
TRAILER
DETAILS