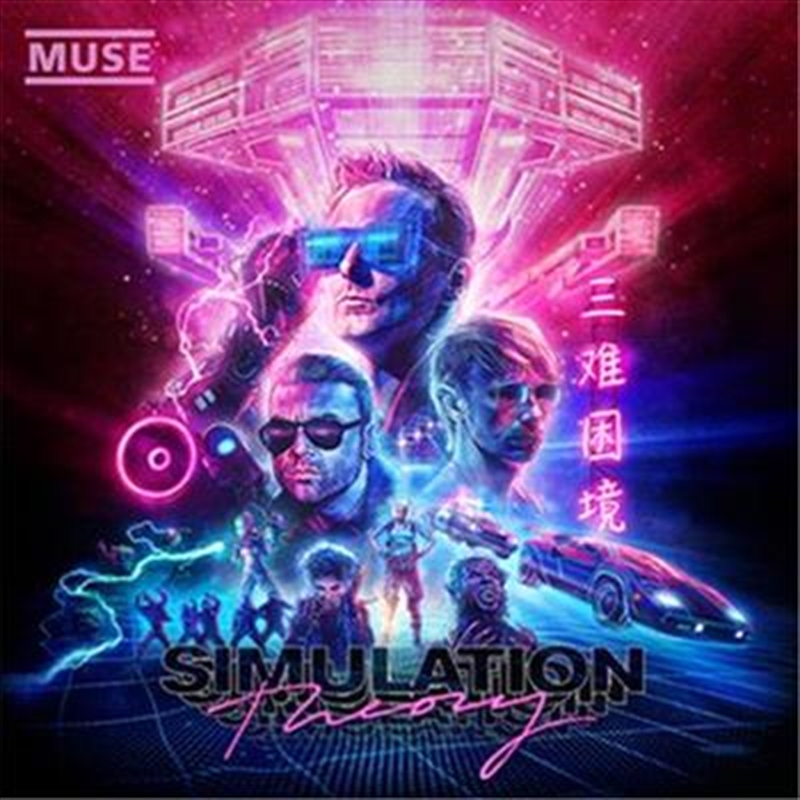 Muse have announced that their eighth studio album, ‘Simulation Theory’. The eleven-track record was produced by the band, along with several award-winning producers, including Rich Costey, Mike Elizondo, Shellback and Timbaland.

Artwork for the album was illustrated by digital artist Kyle Lambert, who has done the poster art for ‘Stranger Things’, ‘Jurassic Park’, and many other films. ‘Simulation Theory’ follows ‘Drones’ (2015) which debuted #1 debuted in 21 countries around the world including Australia. Since then the internationally acclaimed three piece have toured extensively, taking the ground breaking ‘Drones World Tour’ to fans across the globe This concert was filmed and released in cinemas worldwide for ‘One Night Only’ in July 2018. Widely recognised as one of the best live bands in the world, Muse have won numerous music awards including two Grammy Awards, an American Music Award, five MTV Europe Music Awards, two Brit Awards, ten NME Awards and seven Q Awards, amongst others.

Break It To Me

Get Up and Fight