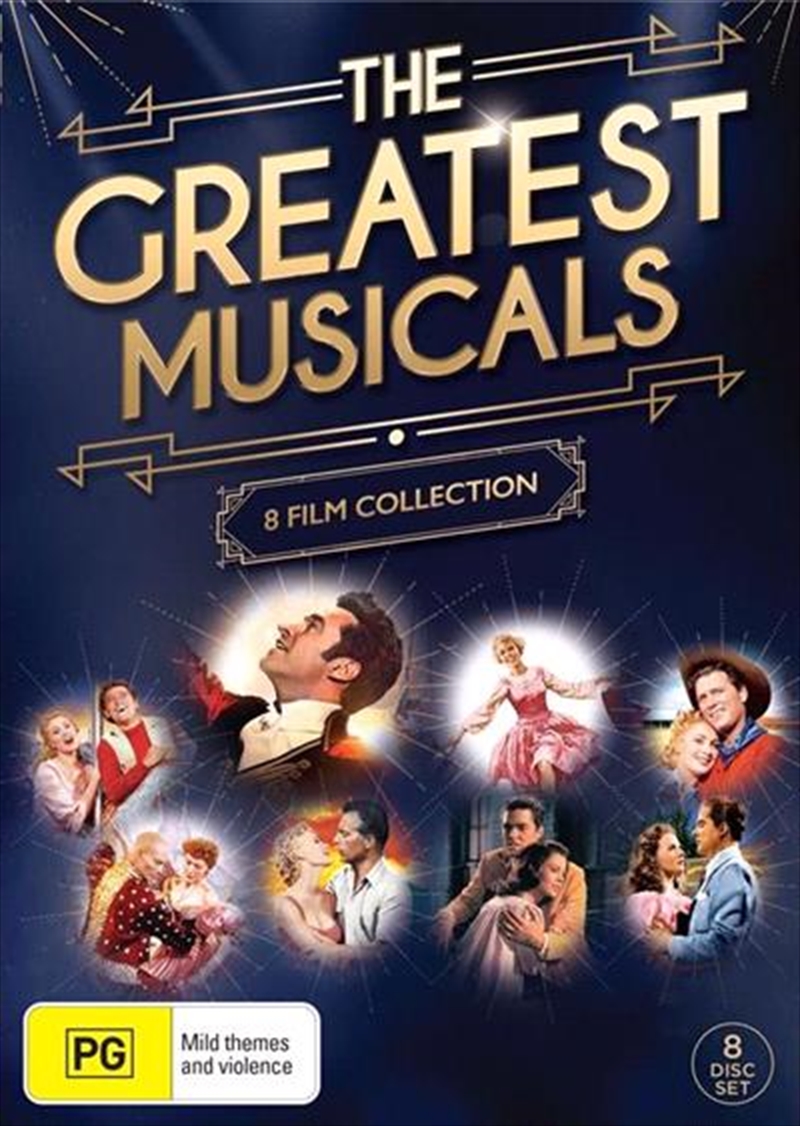 1. The Greatest Showman - Hugh Jackman leads an all-star cast in this bold and original musical filled with infectious show stopping performances that will bring you to your feet time and time again. Inspired by the story of P.T. Barnum (Jackman) and celebrating the birth of show business, the film follows the visionary who rose from nothing to create a mesmerizing spectacle. This inspirational film also stars Zac Efron, Michelle Williams, Rebecca Ferguson and Zendaya.
2. The Sound of Music - Rodgers & Hammersteins cinematic treasure stars the incomparable Julie Andrews as Maria, the warmhearted young woman who brings joy and music to Captain von Trapp(Christopher Plummer) and his children. Experience this magnificent movie musical filled with unforgettable songs, including Do-Re-Mi, My Favorite Things and The Sound of Music.
3. Carousel - Based on the lauded Rodgers and Hammerstein stage musical, this film follows the romance of Billy Bigelow (Gordon MacRae), a charming carousel barker, and Julie Jordan (Shirley Jones), a pretty worker from a nearby mill. When the attractive young couple gets married, they also both find themselves unemployed, which puts a strain on their relationship. When Billy finds out that Julie is pregnant, he resorts to extreme measures to get money, a decision that leads to tragedy.
4. The King and I - This is the story of an English woman Anna Leonwens who comes to Siam as a school teacher to the Royal Court in the 1860's. Though she soon finds herself at odds with the stubborn monarch, over time, Anna & The King stop trying to change each other and begin to understand one another. Winner of 6 Academy Awards, The King & I contains some of the most lavish sets in Hollywood history and some of the world's best loved songs.
5. South Pacific - There is nothing you can name that is anything like... South Pacific.Blessed with a treasure of timeless songs, South Pacific combines a passionate, heartwarming romance with South Seas splendour and a world at war. Mitzi Gaynor, Rossano Brazzi, John Kerr and France Nuyen share the bill with immortal songs such as 'Some Enchanted Evening','Younger Than Springtime','There Is Nothin Like A Dame' and'I'm Gonna Wash That Man Outta My Hair'.
6. West Side Story - The greatest love story ever told...in the most acclaimed musical of all time! Experience every sensational song, dazzling dance number and magical movie moment of West Side Story! Winner of ten ACADEMY AWARDS, including Best Picture,* this electrifying musical sets the ageless tragedy of Romeo and Juliet against a backdrop of gang warfare in 1950s New York. Featuring an unforgettable score, exuberant choreography and powerful performances by Natalie Wood, Russ Tamblyn, Richard Beymer, Rita Moreno and George Chakiris, West Side Story will forever resonate as a true cinematic masterpiece.
7. Oklahoma! - There's a box social coming up, and Curly (Gordon MacRae) asks Laurey (Shirley Jones) if she'll be his date. Trouble is, Laurey thinks he's waited too long, and in a fit of pique accepts an offer from the boorish Jud (Rod Steiger) instead. Meanwhile, Laurey's friend Ado Annie (Gloria Grahame) is also torn between two men: a cowboy named Will (Gene Nelson) and a foreign peddler, Ali Hakim (Eddie Albert). Both women struggle to know their own hearts before it's too late.
8. State Fair - This rousing celebration of love and laughter in America's heartland tells the story of the Frake family's visit to the Iowa State Fair and of the younger generation's search for love. The Rodger's & Hammerstein score features I Think I Am Falling In Love, Its A Grand Night For Singing and the Academy Award-winning song It Might As Well Be Spring.
DETAILS