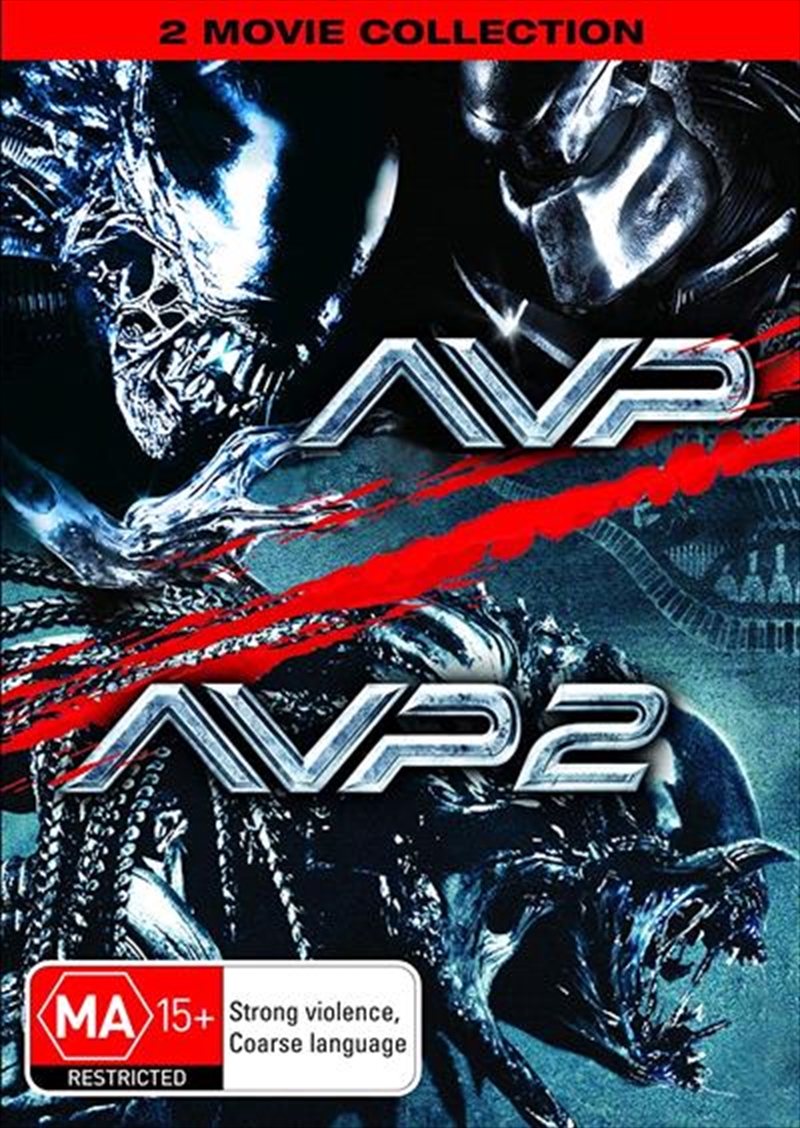 Alien Vs Predator 1 And 2 DVD

Alien vs. Predator (2004) Since the beginning of time, the Predators, the feared, hulking alien game hunters, have come to Earth for one simple reason: to engage in a coming of age ritual. To become "men," the teenage Predators have to hunt down a hive of Alien warriors and successfully defeat them and claim the skull as its trophy. However, during one hunting session, the easily aggravated Aliens fight back, leading to the destruction of the two species and the Aztec people who worshipped the Predators as Gods. Nearly two thousand years later, billionaire industrialist Charles Bishop Weyland (Lance Henriksen) rediscovers the pyramid, buried thousands of feet under the ice of Antarctica, with his satellites. Knowing that he has discovered something important, Weyland fixes up a team, led by Lex Woods (Sanaa Lathan), and heads down to the Antarctic to find the pyramid. But once they get there, the enslaved Queen Alien awakens from her sleep, which results in the production of new eggs and Facehuggers. And to make matters worse, the new hunting clan of teenage Predators, led by the brash and violent Celtic, have arrived, ready to hunt down both the Aliens and the humans within...Aliens Vs. Predator: Requiem (2007) In this follow-up to the worldwide hit Alien Vs. Predator, the iconic monsters from two of the scariest film franchises ever, wage war in the tranquil town of Gunnison, CO. A young sheriff, his ex-con best friend and a female soldier lead an ensemble of desperate townspeople when Aliens, a Predator "cleaner", and a deadly new threat do battle.