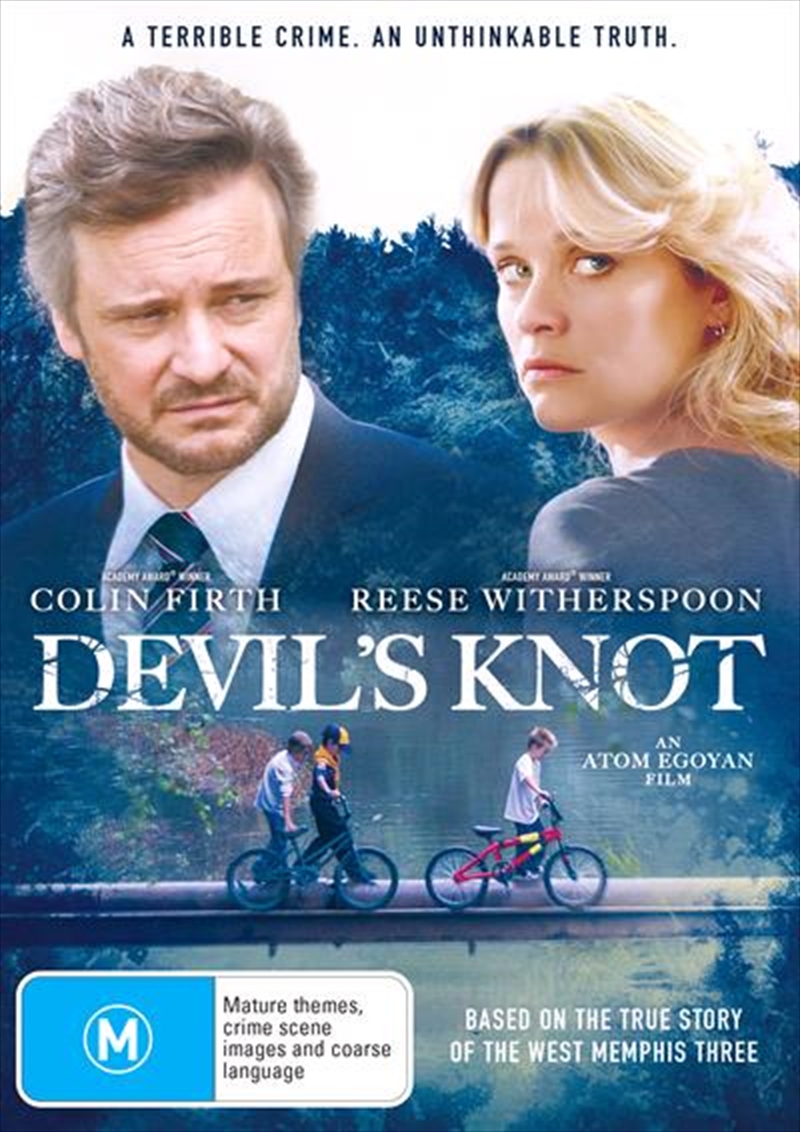 They say the crimes were satanic. The truth may be scarier.

In 1993 West Memphis, Arkansas was rocked by the brutal murder of three eight year old boys. The police very quickly accused three teenagers, claiming they had killed the children as part of a satanic ritual. DEVIL'S KNOT chronicles this harrowing true story from the perspective of one of the mothers, Pam Hobbs (Witherspoon) and the investigator for the accused boys defence team, Ron Lax (Firth). Whilst the parents and the community struggle to cope with the heinous nature of this crime and call out for those responsible to be brought to justice, Lax discovers that the prosecutorial case is based entirely on circumstantial evidence and prejudicial assumptions about the accused teenagers love of goth culture and heavy metal music.
TRAILER
DETAILS